Having been canceled in March 2020, the Yonkers St. Patrick's Day Parade on McLean Avenue, has once again been called off due to COVID-19. 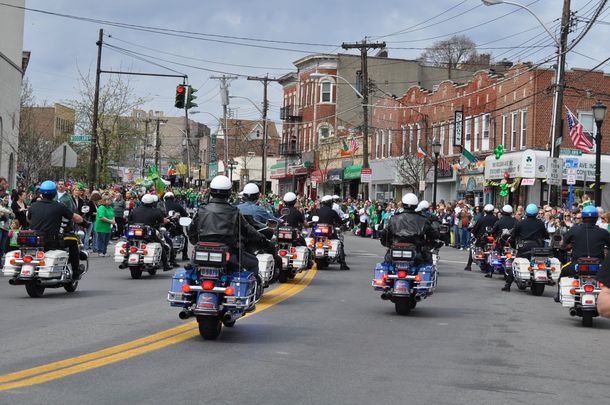 In an unsurprising move given the severity of the COVID-19 pandemic, organizers of the Yonkers St. Patrick’s Day parade on McLean Avenue have canceled the event for 2020.

The march was originally scheduled for March 21 of this year, but days before the organizers postponed and rescheduled for September 19.  Though New York, once the epicenter of the coronavirus outbreak in the U.S., has drastically reduced its infection and death rates, the decision was made to cancel the 2020 Yonkers march out of an abundance of caution.

On March 10, when the parade board made the very tough decision to reschedule the parade to September 19, 2020, we truly thought we were making a decision that would safely allow for a beautiful fall parade on McLean Avenue.  In our wildest dreams we could not have imagined the way these past months would have unfolded for us, both as a nation and a community,” a statement from the board said.

“We don't feel the parade can be held safely during these difficult times.  So, for the health and well-being of our marchers, spectators, aides, and grand marshal we have, with heavy hearts, decided not to hold the parade in September.”

The 2021 parade has been set for March 20, with the same grand marshal and aides who were due to be honored this year.  The grand marshal is long-time parade organizers Patricia McCrudden.  Aides are Irish music and dance teacher Annmarie Acosta, Yonkers Fire Department Chaplain Father William Cleary, New York GAA Chairperson Joan Henchy, Timothy Hodges of the Yonkers Police Department, Sean P. Mayer of the Myles Scully Division 1 AOH, Richard McSpedon, Jr. of the Westchester Mechanics Association Local 3 IEBW, William J. Saich of Ferncliff Manor, and Nancy Walsh of the Our Lady of Knock Division 19 AOH.

The parade announced that its annual dinner will take place on Saturday, March 13, 2021.