Where is President Donald Trump’s compassion?

Charlottesville, Steve Bannon, Sheriff Joe Arpaio and now DACA – compassion for dreamers would be a step in the right direction but whether he is capable of it is a vexing question. 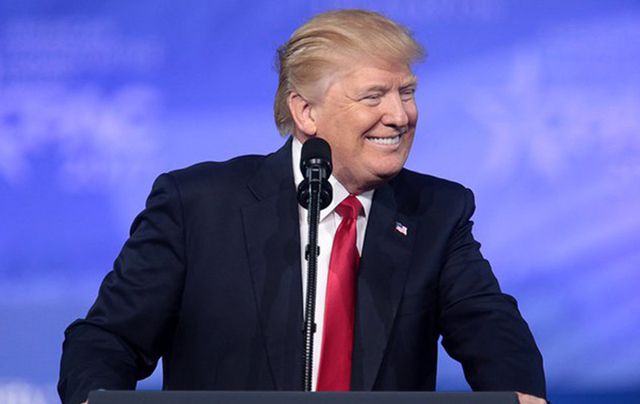 Does President Donald Trump have the capability to make the right choice?

Sometimes you wonder if Donald Trump had it all to do over again, would he reconsider his presidency.

What if – instead of being a divider on issues from Charlottesville, to building walls, to immigration enforcement, to taunting enemies – he had adopted a New York approach, tough but fair, making sure to get a deal done that all would eventually agree to?

What if he had started his presidency with a huge infrastructure bill that would surely have drawn bipartisan support? What If he had called in Democrats and Republicans and told them to hammer out a compromise on Obamacare?

What if he had not hired white supremacists like Steven Bannon and clueless newbies like Rex Tillerson and instead got the best and the brightest? What if he had not pardoned Sheriff Joe Arpaio and instead brought together Hispanic, black and white leaders to the White House and tried to temper the issue of race?

We would be looking at a very different presidency, certainly one that was not dividing the country in ugly fashion but uniting in the spirit of the best of this great country.

Trump had the unique opportunity to take that path. His election was a personal tour de force, with most of the GOP opposing him. He had no previous record, other than as a businessman, so no old conflicts marked his rise.

Now it seems he has given into his darker side again with the decision to end DACA, the presidential initiative by President Obama to allow an estimated 800,000 so-called dreamers, sons and daughters of undocumented who were brought here very young, to stay.

He has given a six-month grace period before ending DACA in the forlorn hope that an immigration bill can be passed by a congress that can hardly agree on what day of the week it is.

Amazon, Microsoft and Starbucks have declared support for a lawsuit to block DACA repeal https://t.co/k3mQKv350h pic.twitter.com/ipO2DuabZk

The idea of leaving 800,000 young strivers, dreamers and doers in mortal danger of being deported back to countries they have never lived in, where, in many cases, they do not know anyone and do not even know the language, strikes us as abidingly cruel and beyond the pale.

How much easier it might have been for Trump to listen to his better angels and continue to allow such people to stay and work out a bipartisan solution to a problem many Republicans, such as House Speaker Paul Ryan, acknowledge needs to be approached with compassion.

Why must Trump forget even his own history, his mother an immigrant from Scotland who came to America in search of a better life and who went on to be the mother of a U.S. president?

Don’t such inspiring stories stir the heart of Trump, or is he so dark and vicious in nature that he cannot see his way to act with compassion and not always anger?

He fails to realize there are no 100 percent solutions to political problems like there are with real estate deals. There are huge grey areas in every significant political issue.

Compassion for dreamers would be a step in the right direction by Trump, but whether he is capable of that is a vexing question.

Certainly, he has given no indication to date that he is parting from the red lines drawn up by his base's hardcore supporters.

But presidents must speak for all the people when they are elected, and seek to bring the country together and help those who, through no fault of their own, find themselves in great difficulty.

We hope Trump will rise to the occasion, and if not him Congress, but it is a sliver rather than a barrel full of hope. We live in trying times, alas, as the DACA children are about to find out.

New Yorkers came together, one more time, in support of DACA. pic.twitter.com/2wzc2DXUNS