US politics drowning in looney liberals and clueless conservatives

If liberals and conservatives stopped shouting and cursing for a moment they might actually come to the conclusion that there is something they can agree on. 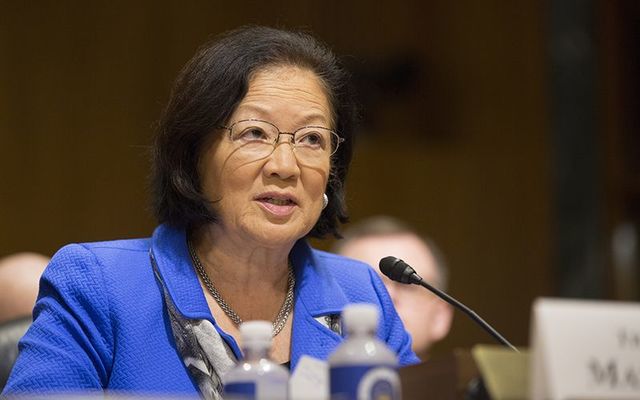 If liberals and conservatives stopped shouting and cursing for a moment they might actually come to the conclusion that there is something they can agree on.

That right-wingers and left-wingers are competing in a kind ignorance Olympics to see who can sound dumber when it comes to immigration.

Lord knows they were neck and neck, numbskull to numbskull, as we began the New Year.

In The New York Times on January 2, a self-proclaimed conservative Republican bashed the leader of his own party.

“President Trump seems to think that his hardline immigration stance is a political winner, saying he’s willing to keep much of the government shut down in order to get funding for his border wall,” wrote Jordan Bruneau, a senior policy analyst at the Becoming American Initiative, which is directed by pundit Linda Chavez, always an interesting read when it comes to immigration.  She was also the highest ranking woman in the Reagan White House.

Read more: Trump is making it all up - the Mexican border and terrorists

Bruneau added that if President Trump “doesn’t compromise if he instead continues to try to transform his once proudly pro-growth party into the anti-immigration party, he will threaten Republican prospects for a generation.”

Bruneau offers up heavily-Democratic California as proof. If Republicans don’t ease up on the anti-immigrant rhetoric, the entire country will soon be voting like California.

This argument is so familiar by now it made its way across the Atlantic back in July, when Bette Brown wrote an article in the Irish Examiner with the headline: “’Browning’ of the U.S. Is a Battle Trump Has Lost.”

It even apparently made it’s way into a Back to the Future-style DeLorean time machine because it took me about five minutes on Google to find the same argument about an “emerging democratic majority” written by Paul Starr in The American Prospect magazine -- in 1997! Starr’s analysis probably did not appear on Google until a decade or so after its initial publication in print form.

The problem with this analysis -- in 1997 and in 2019 -- is that it assumes that all folks measured by the U.S. census as non-“white” will vote against Republicans for the next thousand years or so.  There are about 50 things wrong with this analysis, among them the misleading bunk that sometime in the next few decades the U.S. will become “majority minority.”

True, something like 50.1 percent of Americans may soon choose to acknowledge some “brown” non-European heritage on the census.  That does not make them Caesar Chavez-style radicals.

In fact -- crazy thought, here -- as their children and grandchildren assimilate and inter-marry, they may even have a conservative thought or two.

We know that’s what Irish Catholics -- and Italians and Poles -- did.  Consider a recent book, The Forgotten: How the People of One Pennsylvania County Elected Donald Trump and Changed America by Ben Bradlee, Jr.

Folks with names like this were the ones who were supposed to make conservatives a permanent minority in the 1950s and 1960s.  We know how that worked out.

And speaking of the Knights of Columbus…

the dumbest thing said by a liberal last week was not Congresswoman’s Rashida Tlaib’s very dumb, expletive-laced bashing of President Trump. The honor goes to U.S. senators Mazie Hirono and Kamala Harris, who said -- out loud! -- that a Trump judicial nominee might not be fit for office because he belongs to…the Knights of Columbus!

There are 50 reasons why this is dumb. One of them is that it reveals massive ignorance about the legacy of Catholic immigrants in America.

And if we are clueless about what immigration and assimilation were, what hope is there to figure out what these things may well be?

Read more: This Irish American politician rules himself out for 2020, backs Beto O’Rourke