The political leader most likely to give Boris Johnson problems if he calls a snap general election has said during a visit to the Irish border that it is still possible to stop Britain leaving the European Union. 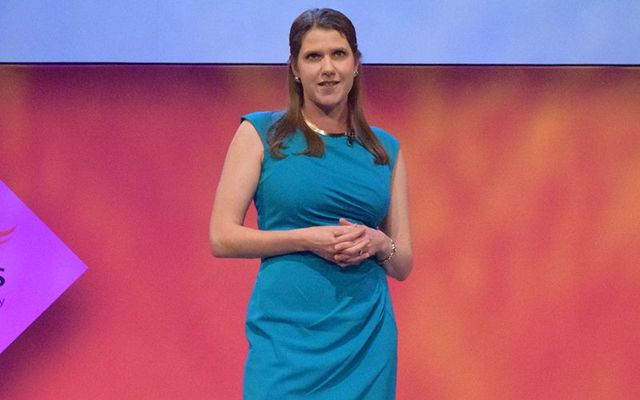 The political leader most likely to give Boris Johnson problems if he calls a snap general election has said during a visit to the Irish border that it is still possible to stop Britain leaving the European Union.

Scottish MP Jo Swinson is the first woman to run the Liberal Democrats party, which has been having a good run lately.

Standing at the old Ravensdale checkpoint between Dundalk and Newry, Swinson described Johnson as Britain’s “worst ever” foreign secretary and now a prime minister without a statesmanlike approach.

Her anti-Brexit centrist party currently has 13 MPs and 96 members of the House of Lords.  It surged in the European Parliament elections in May, going from one seat to 16.

An opinion poll by YouGov published last week put the Lib Dems close behind the Conservatives and, with 21 percent of the vote, just one percentage point behind Labour as EU remain voters desert both the main parties.

The U.K. media is awash with rumors that others could be preparing to jump ship from the main parties to join the Lib Dems.  The Guardian reported “alarm” among senior Tories about the threat posed by Swinton’s party.

The paper also reported that an internal memo from June, written by the party’s campaigns director Shaun Roberts, said 76 seats were considered winnable, mainly from the Conservatives, which would cause grave difficulty for Johnson’s plan to exit the EU.

During her border visit on Monday Swinson tweeted, “UK govt needs to start taking seriously how damaging a no-deal Brexit will be to communities here.”

Great to meet @StephenFarryMLA this morning on the Northern Ireland border - UK govt needs to start taking seriously how damaging a no deal Brexit will be to communities here. #StopBrexit pic.twitter.com/iSJrK9rO42

She told reporters, “I felt it was important to come and listen to people and community groups about their experiences and about what the prospect of a hard border means to the communities. It’s very powerful hearing from those individuals who live and work in this area.

“The Liberal Democrats have been very clear in our position, we think that Brexit is bad. There is no good Brexit for the U.K. and that includes Northern Ireland.

“I recognize that for communities here the backstop is an important insurance policy, but the best possible outcome is to have Northern Ireland and the Republic of Ireland both within the EU so that we can have a strong U.K., in a strong EU, so communities can live, work and go about their daily lives without the hassle of a hard border and without all of the downsides for our economic prosperity that will ensue if we do go ahead with Brexit.”

Swinson also said she was “not surprised” that Johnson took almost a week to contact Taoiseach Leo Varadkar after he became prime minister.

She said, “He was perhaps our worst ever foreign secretary and does not possess the skills or diplomacy that was required for that role so we shouldn’t be shocked that in the role of prime minister he is also not demonstrating that statesmanlike approach that ought to be needed.”

Meanwhile, officials in both London and Dublin were reported to be in contact to agree a date in the coming weeks for a meeting between Johnson and Varadkar, although there seemed to be some confusion if it will actually take place.

The Sunday Telegraph reported that Johnson had accepted Varadkar’s offer to meet in Dublin to discuss Brexit and the so-called backstop, an insurance to guarantee there will be no hard border in Ireland when Britain exits the EU.

However, on Monday a Johnson spokesperson said the British PM had no meeting scheduled with Varadkar to discuss Brexit which will go ahead on October 31 with “no ifs or buts.”  There has been pressure on Varadkar to ensure the meeting takes place in Dublin as opposed to London.