U2’s Adam Clayton on fame, his battle with alcohol and the demons that lurk

U2 bassist Adam Clayton has opened up about his battle against alcohol and his dealings with fame, saying that demons still lurk and he works hard at keeping them at bay 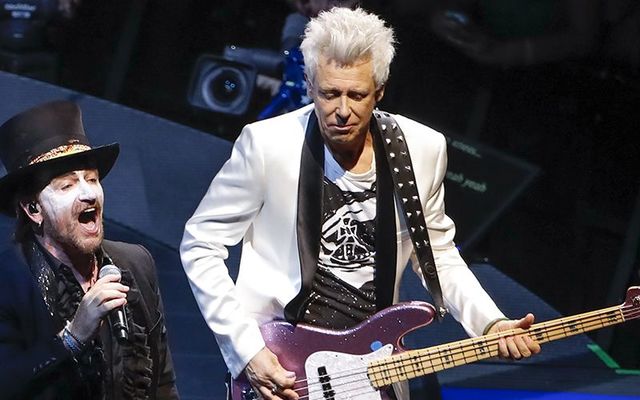 U2 bassist Adam Clayton has opened up about his battle against alcohol and his dealings with fame, saying that demons still lurk and he works hard at keeping them at bay

During a widely praised interview with Irish comedian/talk show host Tommy Tiernan on RTÉ last weekend Clayton recalled U2’s early success, and how the riches were overwhelming to deal with.

“Success very much went to my head,” Clayton said. “I think if you get everything your heart desires by – really we were making records by the time we were 20, by the time we were 25 and 26 we could pay our rent no problem, we owned cars, we could travel, and by the time 'The Joshua Tree' hit we could buy a house – anyone I’ve met who’s experienced success and fame in that way in those years it takes them a long time to recover from it, and that sounds like a complaint but that’s just what happens.”

For the 59-year-old Clayton, the money and fame came with a bad side effect.

“You lose your sense of yourself, you lose a sense of reality.  I was kind of very unhappy so I drank and I drugged and got myself in tabloid newspapers, and embarrassed kind of everyone I knew, and myself, but you know you come through it and you learn from it and maybe that’s what young men do anyway,” he said.

His bandmates have and continue to help keep Adam on the straight and narrow, though there have been disappointments, like when he skipped a concert in Australia because of his drinking.

U2: An anniversary promo shot for the album Joshua Tree.

“I know about three days later I woke up and I had not turned up for a gig, in a stadium, that was being filmed, a lot of money resting on it, a lot of jeopardy,” he said.

“I had let the guys down, the three guys who had stood by me since the age of 16 or 17.  I mean I’m sure it was unimaginable to them that could have happened.  I let down the audience, I let down the road crew.

“It was not a great place to be and if ever there was a moment of realization, where you wake up and you go, ‘I have a problem and it’s bigger than me and I need some help,’ that was it.”

These days, Bono, Edge, Larry Mullen, and Adam “check each other,” to make sure all is well.  But it’s not always easy, as Adam told Tiernan he has to “work really quite hard at keeping my sanity, on and off the road, and my thinking can take me to bad places, my thinking is not always reliable.”

Read more: U2 feared it was the end of the band the night Bono lost his voice