Visitor center in Dublin’s Docklands, housing memorabilia from the band’s long and successful career, aims to be one of the city’s top attractions. 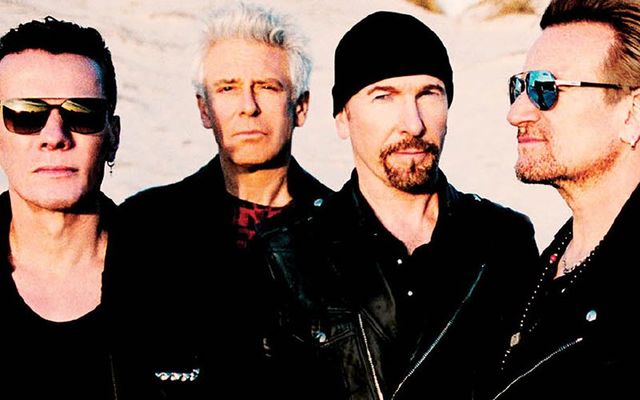 U2's visitor center, in Dublin's Docklands, plans on being on of the city's top attractions. U2 / Twitter

The center and exhibition space in Dublin’s Docklands, housing memorabilia from the band’s long and successful career, will aim to be one of the city’s top attractions.

After years of planning, planning permission for a U2 visitor center in Dublin’s Docklands has been granted. The new center and exhibition space, approved by Dublin City Council, will be a scaled-down version of the original plans.

The new U2 center, located on the Grand Canal Basin, in the area dubbed Silicon Docks, will house a range of the band’s memorabilia and expected to attract 390,000 fans per year. It’s hoped that the U2 visitor center will become one of Ireland's top tourist attractions.

The scaled down plans mean the height of the building was reduced from 14.4 meters to 12.06 meters. Dublin City Council planners praised the design saying it will be a "striking and innovative contemporary/modern building” and will "make a positive contribution to the site and to Dublin's urban fabric."

Plans for the U2 visitor center, as viewed from the Grand Canal Basin. (via OODA)

The center will be constructed on the site of U2’s current recording and rehearsal studio, the site where the band recorded several albums over more than two decades, including 1997’s “Pop”.

The plans for the center include a revamp of the group’s original studio, plus several exhibition areas including a series of abstract scenes such as Thee Music Room” and “Larry’s Kitchen”. The center will also house an and auditorium and a café.

Planning for the center began in earnest in August 2017 but faced strong objections from locals. Objections were lodged on behalf of 63 nearby apartment dwellers who said the proposed beholding would mean their homes were overshadowed.

The planned U2 visitor center as viewed from the side. (Via OODA)

However, the recent plan submitted by the Dublin firm, O'Donoghue & Associates Architects, confirmed that an independent light analysis demonstrated that the reduction in the building’s height “eliminates any potential impact on the quality of natural daylight reaching the buildings directly behind or any properties within the vicinity”.

In total, 12 objections were lodged against the proposal with seven submissions in favor. Those in favor included ones from Fáilte Ireland (the National Tourism Development Authority of Ireland) and the Dublin Chamber of Commerce.

The Dublin rock band already have a permanent exhibition at the Little Museum of Dublin, on St. Stephen’s Green. However, until now there are no public spaces or landmarks which recognize Bono, The Edge, Adam Clayton, and Larry Mullens great successes.

Will you be visiting the U2 visitor center? What do you think of the plans for the Grand Canal Basin location? Let us know in the comments section below.

Read more: Bono - We Irish “were once the cockroaches” and “we should never forget”