History comes to life at the Little Museum of Dublin: JFK’s trip to Ireland (VIDEOS) 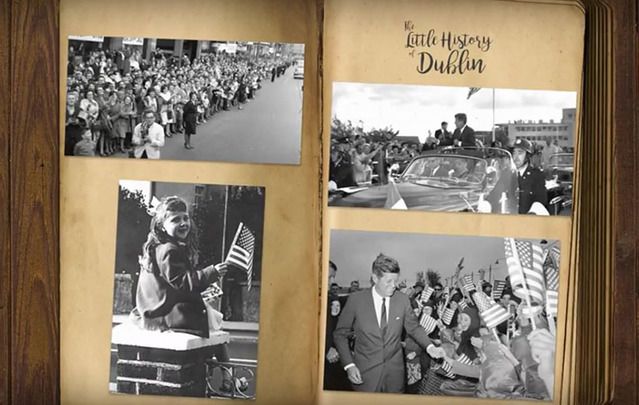 The Little Museum of Dublin has brought history to life with 15 short films covering nugget-sized pieces of Ireland’s history. Each week IrishCentral will release one of the new clips. This week’s topic is President John F Kennedy’s visit to Ireland and his iconic speech in the Dáil (Ireland’s Parliament).

Their topic this week is Irish American President of the United States John F Kennedy’s visit to Ireland in June 1963. More importantly, the clip references the iconic speech made by JFK in Ireland’s parliament (see below). The Little Museum of Dublin is proud to house the music stand, which the much loved president used as a lectern at Leinster House. Less than six months after his visit to Ireland President Kennedy was dead.

Speaking about the 15 new clips Museum Director Wissame Cherfi explained the idea behind the new movies. He said, “The idea was to create a series of videos that are fun and informative. I’ve always thought that the best way to learn and remember something is to have fun while doing it. We also wanted the films to be accessible to a broad audience, reaching young and old alike.”