“Disappointment and disillusion among the electorate will only grow… as the chaos continues.” 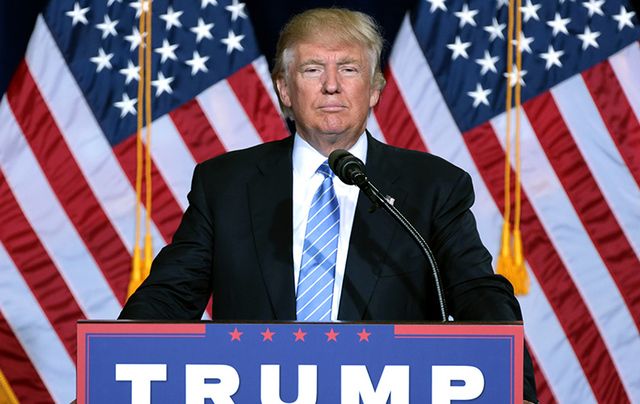 We hate to say we told you so, but…here’s a chunk of our editorial from our issue dated last November 2-8, right before the election that unbelievably resulted in Donald Trump becoming the 45th president of the United States.

As we wrote, “Trump’s campaign has been an affront from the get-go, full of lies, incendiary rhetoric and fake promises that he cannot possibly keep.  Should he be elected, it won’t take long for his supporters to become bitterly disappointed because a) the wall isn’t getting built right away with Mexican funds, and b) we’re not going to just ‘bomb the s***’ out of ISIS right away and c) trade deals aren’t going to just vanish and d) we’re not rounding up the illegals and kicking them out and e) Obamacare won’t just disappear and f) we’re not banning Muslims and g) ... Well, you get the point.

“Our country is a democracy, with checks and balances firmly in place.  We created our three separate but equal branches of government in that thing called the Constitution that Trump professes to love so much.  A self-infatuated demagogue doesn’t get to play by his own rules in America.”

Not that Trump hasn’t tried mightily.  Barely in office a week, his slapdash, legally dubious first executive order banning citizens from seven predominantly Muslim nations didn’t even survive a night before a judge ruled that it was unconstitutional.

And it’s all gone downhill from there.  The “big beautiful wall” is suffering from a lack of pesos – Mexico has reiterated time and again that it’s not paying – and no real construction plan.

We haven’t bombed ISIS yet. We haven’t heard too much about immediately tearing up trade deals like Trump promised on the campaign trail, and wouldn’t you know it, the illegals are still here.

And so, thankfully, is Obamacare.  Trump’s first big piece of legislation turned out to be a bigger bust than his Atlantic City casinos.

The sheer ignorance of the man is truly scary.  He hadn’t a clue what was actually in the GOP repeal and replace stinker of a health care bill – so what if it would have resulted in 24 million Americans losing their health insurance?

As The Washington Post reported, “Trump peppered his aides again and again with the same concern, usually after watching cable news reports chronicling the setbacks, according to two of his advisers: ‘Is this really a good bill?’”

The mind boggles at how someone so thoroughly unfit for office, a huckster clearly out of his depth in every way, could possibly occupy the most important job in the world.

Every single day brings new drama.  The Russian connection to the Trump campaign deepens and has already claimed casualty number one, former National Security Advisor Michael Flynn.  It’s anyone’s guess as to where the multiple investigations into Russian spying and hacking will wind up, but we’ll go out on a limb and say that it won’t be at all surprising if our new president’s future includes an impeachment.

There’s so much we’ve learned since Trump and his Z team took office.  Microwaves are useful for spying and alternate facts are as good as real ones (thanks Kellyanne); millions of votes cast in the November election were illegal (that’s on POTUS, with an assist from Spicey); Australia and Sweden are plagued with refugees and violence (POTUS again); Arnold Schwarzenegger is a bad reality TV host (guess who?); and meatloaf is the best thing on the White House menu (POTUS forced it down New Jersey Governor Chris Christie’s throat during a recent lunch).

How will we survive the next four years without this maniac doing real and lasting damage? It’s not going to be easy, but at least we have our Constitution as a safeguard.

At this stage of his presidency Trump is already the lowest polling president in the history of polls.  The disappointment and disillusion among the electorate will only grow more profound as the chaos continues. And make no mistake: the Trump rot will eventually extend to his devoted fans in the heartland who were sold a bill of goods as fake as the salesman himself.

Read more: Cry from the heart of Irish undocumented in plea to stop deportations