Gerry O'Shea takes a look at some of the notable events that occurred in US politics since Trump became president. 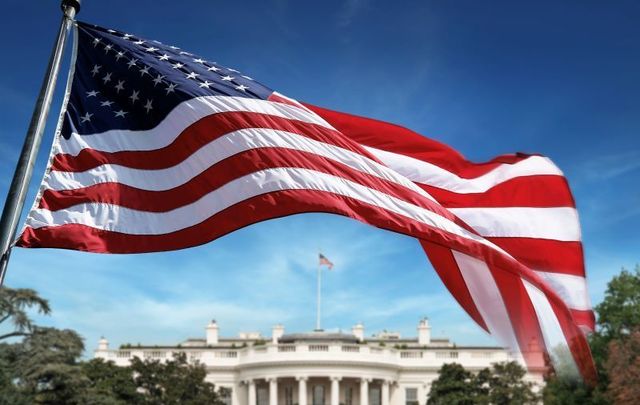 A look back at Trump's presidency. Getty Images

We are coming to the end in an election cycle that has engrossed the whole country.

Thousands of people waiting in line for up to 10 hours just to cast a ballot speak volumes about the high level of engagement in a leadership choice between two white candidates well advanced in their seventies.

It will be over soon enough but, in truth, we are not sure of that because, amazingly, the man who is well behind in nearly all the polls says that there can only be one winner -- excluding his opponent.

The following are some random reflections on happenings since Donald Trump took over the White House in January 2017.

Remember the amazing Michael Avenatti? We met him first as Stormy Daniels’ lawyer, advocating for her outside the courthouse where she sued Trump about hush money payments made by the president to keep their alleged affair quiet.

He became a regular commentator on CNN where his keen mind and cogent commentary assured him of a spot among the talking heads in the political panels opining on the events of the day. Nobody laughed when Avenatti, definitely a celebrity at this stage, let it out that he was eyeing a run for the White House on the Democratic ticket.

He promised to bring Trump and his lawyer, Michael Cohen, down for their lies and malfeasance. He was present in court when Cohen, abandoned by his boss, was sentenced to prison. The next man in his sights was the guy in the White House.

He talked confidently of his ability to win in the Iowa caucus because people were approaching him on the street encouraging his ambition, telling him that the Democrat field was weak and that his ability to articulate clear, no-nonsense positions would carry the day in Iowa and beyond.

The plot thickens! Mr. Avenatti declared that the government was after him because he was “one of the biggest threats, if not the biggest threat” to President Trump. Then the stories started to circulate about him failing to pay taxes in California, and another case claiming that he bilked his clients’ legal settlement accounts.

He was arrested in California for breaching the terms of his bail and ended up in a cell in New York once occupied by El Chapo where his lawyers claimed that the heating system was so inadequate that their client feared he would catch pneumonia.

Avenatti asserted he was innocent of all charges, but then in a pending suit that he brought for a client against Nike, the huge sports outfitters, the jury decided that he was guilty of extortion which carries a long jail sentence. Prior to the trial, he was bloviating about collecting millions from that case where at one time he boasted of the company losing billions if they didn’t play nice with him.

Meanwhile, he was unable to pay his rent or meet his payroll, and Daniels claimed that he was refusing to part with $300,000 she was paid as an advance on a tell-all book.

Avenatti is a well-educated man with a knowledge of Greek mythology. Before the Nike case went to court he compared himself to the winged Icarus who disregarded his father Daedalus’ advice and flew too close to the sun which melted the wax in his wings resulting in him plunging to his death – a classic warning of inevitable disaster when human beings driven by an overvaulting ego disregard their limitations and end up in a dark and lonely place.

Christian theologians agree with the moral message of the Icarus story because they are unanimous in preaching that unchecked hubris is mankind’s most corrupting and soul-destroying sin. Avenatti saw the imminent danger in setting aside Daedalus’ sage counsel to his son, but he still disregarded it and flew too close to the sun with predictable consequences.

In prison, he will have plenty of time to read Shakespeare’s tragedies which deal with powerful characters overstretching to enhance their power and prestige.

If Avenatti was the ultimate chancer with an eye only for his own aggrandizement, Pete Buttigieg emerged on the national stage around the same time representing very different values.

Born in 1982, he graduated from Harvard and then Oxford before being elected mayor of South Bend, Indiana in November 2011 and re-elected four years later.

He joined the Navy reserves and spent seven months away from his mayor’s job serving in Afghanistan where he was promoted to the rank of lieutenant. Emblematic of his inquisitiveness about other cultures, he learned how to speak Dari, a Persian dialect used by many of the local Afghans.

Very few outside of his state knew of him when he joined the dozen or so aspiring candidates for the Democrat nomination, most of whom served in the House of Representatives or the Senate. He made a strong impression as a well-prepared, very bright debater. He also came across as personable, and he is a fine public speaker.

His candidacy attracted attention not only because of his sure-footed answers to political questions but because he is an openly gay man, married to Chasten Glezman, a local teacher, who traveled with him to many of his political engagements, and they left no doubt about their love for and commitment to each other. He was the first openly gay man to seek the nomination of a major party in America.

Democratic voters warmed to Mayor Pete and he won the Iowa caucus, edging out no less a celebrity opponent than Senator Bernie Sanders. He also tied for first place in New Hampshire, but Joe Biden got such a tremendous boost in South Carolina and subsequent contests that Buttigieg conceded in March of this year and immediately endorsed the former vice president.

President Obama, in a recent interview, pointed to Mayor Pete as someone with the intelligence and commitment to assume a major leadership role in the Democratic Party. It will be surprising if Biden doesn’t call on him for a senior position -- if, of course, he wins the election.

Back to President Trump. In the campaign, he has continued his deeply insulting rhetoric about locking up his opponents.

Four years ago he cheered on despicable “lock-her-up” chants directed against Hillary Clinton. Recently he turned on the Biden family, accusing them of being part of a criminal enterprise and stating that the former vice president should be in jail. At a recent rally in an exuberant mood, he shouted, “Lock them all up.”

This kind of loutish talk, way beyond acceptable decorum, has never before been used in a presidential election.

Keep in mind that Donald Trump is being seriously scrutinized by the legal authorities for allegedly lying on his tax returns and other matters relating to his relationship with Daniels. There are also some allegations of assault by a few females, at least one of which is likely to end up before a judge.

Consider Biden in the White House in January with a new attorney general behaving independently in a post-Barr era. Will they want to intervene in any way to protect this former president, considering his previous untoward behavior and bombastic rhetoric in two presidential campaigns?

Cohen has served time for engaging in illegal activity that he says – with a copy of Trump’s check in his hand – was ordered by his boss.  All of this will be up for scrutiny by a New York jury.

Nobody is above the law. The chickens may well come home to roost.

A decision against Trump could provide the greatest irony of the decade where the “lock-them-up” president is himself sentenced to serve time in prison.

*This column was penned by Gerry O'Shea who lives in Yonkers, New York. You can follow his blog We Must Be Talking.