The public is in charge - The times they are a changin'

The death of black man George Floyd in the US is leading to remarkable changes, led largely by millennials. 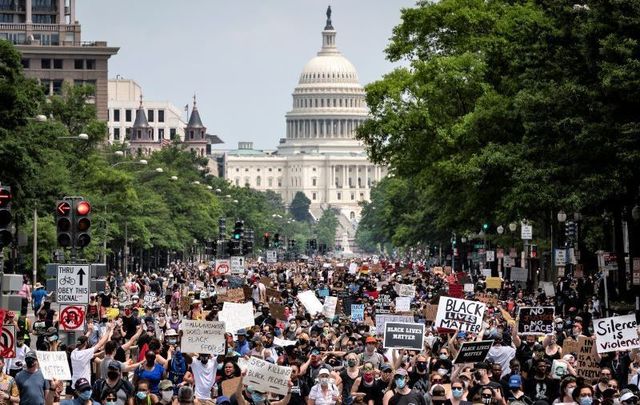 Demonstrators march down Pennsylvania Avenue during a protest against police brutality and racism on June 6, 2020, in Washington, DC. Getty Images

The first fact to grasp is that the incredible outpouring from coast to coast and country to country in response to the murder of George Floyd indicates a risen people, not just a passing moment.

The big surprise was the millennials, poked at and laughed at for their obsession with Instagram and TikTok, etc., suddenly leaped from their Twitter towers into the heart of the fray and took to the street in their millions.

Good for them. We all need to be reminded who runs the country – and it’s not an aspiring dictator and his coterie of clowns.

When his only reactions to people exercising their democratic rights was to seek the closest photo-op opportunity (a massage parlor backdrop might have been more personally fitting), hide in the White House bunker, send for the army and threaten Armageddon, you know there’s less brains in President Trump’s head than the Scarecrow had.

The protests and the pandemic have shown there is deep and convulsive despair across all societies and income levels, huge fears for the future, and widespread derision at some of the fatheads running important countries (Donald and his British sidekick Boris Johnson.) 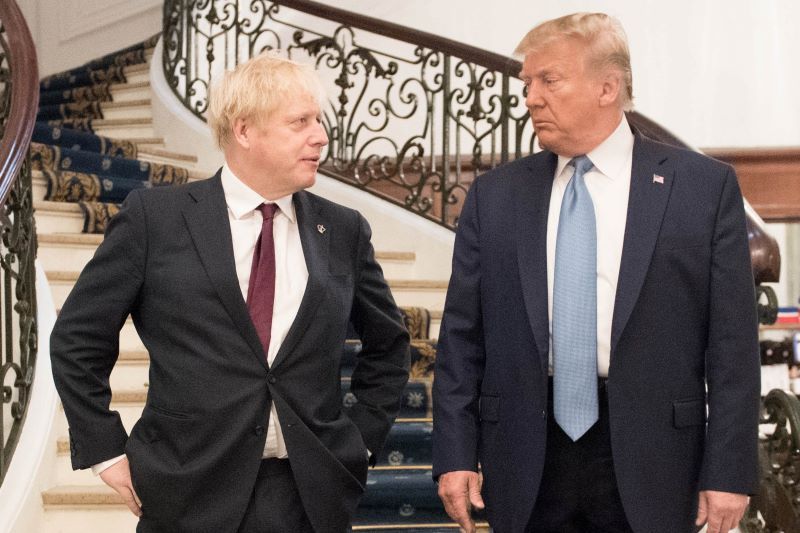 Johnson and Trump arrive for a bilateral meeting during the G7 summit on August 25, 2019 in Biarritz, France. (Getty Images)

Their lives of privilege and entitlement are badly suited to the times. JFK would have met the protestors and brought some in for coffee in the West Wing, while Churchill would have been bold and certain, something Johnson was clearly not.

In the U.S., the blessed photo op and the call for the army on the streets reflected a panicked president caught totally unaware by recent events yet again. He is lazy, won’t read his briefings, and operates on the principle that it is all about headlines when dead lines of people awaiting burial and more lines of people flocking to protest are sending you a direct message.

That message was written large in the weekend Wall Street Journal-NBC poll that showed 80 percent of America thinks the country is heading in the wrong direction.

In Britain, Johnson sent his country on a fool’s errand at the beginning of the Covid-19 peril to try and win herd immunity for the British as if it was ever a serious proposition. Leave it to the British to decide, like King Canute, the tide could be stopped by just demanding it.

When that failed (Britain now lies second behind Spain as the European country with most deaths per population size), Johnson effectively changed strategy to lockdown, and when the disastrous economic forecasts were relayed to him he turned again and decided to start opening up.

With leaders like these two, you would think that followers would be falling away, but yet in the case of Trump, the silo seems to be so sealed off that even shooting someone on Fifth Avenue would not be cause to leave him. Johnson, on the other hand, has spiraled downwards in popularity and he’ll be a lame-duck by the end of 2020, I suspect.

The revolutionaries of the ‘60s brought us women’s rights, the anti-war coalition, the save the planet/green agenda, a whole new rock and roll, the mini skirt, and many other remarkable changes.

The millennials have checked those boxes and opened one of their own, the toughest issue in America, the fight for racial equality.

It is a great fight and one very worth having. They took to the streets and now they need to organize at village, town, and city levels as well as at the state and federal levels to ensure that the equality issue is fought for from the bottom up. They have made a great start.

As for Trump and Johnson, they should audition for the remake of Dumb and Dumber.