Telling others people's stories - the victim and the race question 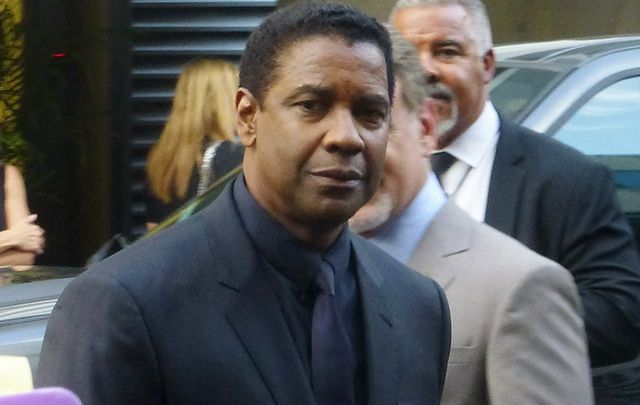 The brilliant actor Denzel Washington is set to take the role of Hickey, in Eugene O’Neill’s epic classic The Iceman Cometh.

Michael Schwartz is hardly an Irish name.  Schwartz, who died last week at the age of 73, was a Bronx-born photographer whose work appeared in the New York Daily News for decades.

"Michael was a true photojournalist if there ever was one,” Daily News editor-in-chief Arthur Browne said. “No news could break in the Bronx without Michael getting there first.”

Schwartz may well have been a true-blue New Yorker.  But that did not stop him from finding a second home of sorts in Belfast.

“I began my travels to Belfast in the summer of 1988 because I thought it would be a place to satisfy my curiosity about its political situation, as news media in America was reporting bombings and unrest regularly,” he once wrote, after his photography project, “Irish Eyes,” was turned into a gorgeous book.

Schwartz’s photos of life in Belfast capture the grime and violence.  But they also catch the smiles and the boredom and the humanity.

“I saw West Belfast, with its Catholic residents, as a virtual ghetto under martial law,” Schwartz added.  But wait: was he actually profiting from and exploiting this suffering?

Right now is a very interesting time to revisit Schwartz’s photo project.  There are some people out there who might suggest that someone like Schwartz actually had no right, as a non-Irish outsider, to go into a place like Belfast and chronicle the lives of those folks.

This has certainly become a hot topic as we Americans stumble our way through the delicate matter of race.

A few months back a group of African American artists protested an art exhibit featuring a painting of civil rights martyr Emmett Till done by a white artist, Dana Schutz.

Artist Parker Bright said, “I feel like she doesn’t have the privilege to speak for black people as a whole or for Emmett Till’s family.”

Similar arguments were raised when HBO revealed it was planning an alternative history show set in a world where the south did not actually lose the U.S. Civil War and slavery still existed.

HBO, as Newsweek put it, “was immediately criticized for assigning two white men to this treatment of American history.”

This all comes as we learn that Hollywood heavyweight Denzel Washington announced he will be starring in a revival of Irish American playwright Eugene O’Neill’s epic classic The Iceman Cometh.

The play looks at the lowlife denizens of a bar who are waiting for the arrival of their old pal “Hickey,” who will bring with him a good time (at first) followed by a dark revelation.

The Iceman Cometh is certainly not O’Neill’s most Irish play, though corrupt cop Pat McGloin is among those hanging out at the bar.  Still, Hickey has traditionally been played by white actors (Kevin Spacey and Nathan Lane in recent productions), so the casting of African American Washington will surely prompt a certain amount of debate.

It is understandable why some folks wouldn’t want successful white artists -- painters, TV writers -- to exploit African American suffering.  But to declare certain subjects simply off limits, to declare that certain storytellers are literally unable to tell certain stories, is to go too far.

Let them paint the painting, tell the story.  And if it stinks, if it is exploitative or offensive, let them know.

But part of what makes all great art amazing -- books, movies, TV shows, music -- is that the entire enterprise is based on climbing into someone else’s skin.

Indeed, don’t think this is irrelevant to the Irish Catholic experience.  On both sides of the Atlantic, outsiders have gleefully exploited stereotypes about the Irish for centuries.

They should not be told that only the Irish are allowed to tell Irish stories.

They should learn to tell a better damn story!