Take my organs… but with some stipulations

There are so many surreal stories this May along both coasts of the Wild Atlantic Way that it is extremely hard to sort them all out into any kind of order at all. 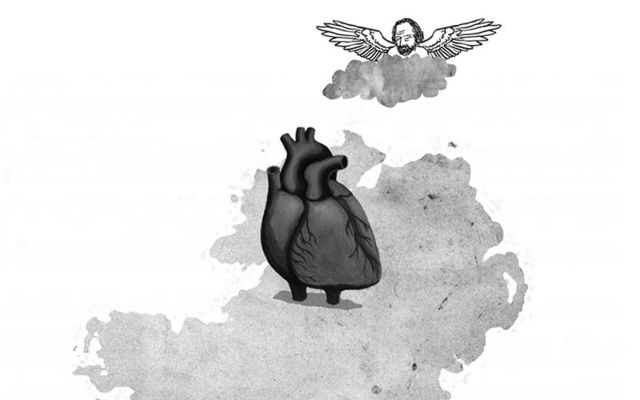 There are so many surreal stories this May along both coasts of the Wild Atlantic Way that it is extremely hard to sort them all out into any kind of order at all.  Maybe that is what the merry month of May is all about anyway if the truth be told.

Here at home in Clare, for example, the golden voice of Count John McCormack, our most famed tenor in a different Ireland altogether, is on the airwaves every five minutes singing “Queen of the May” as enchantingly as he did back in the days when the Catholic Church’s celebrations could attract millions to the Eucharistic Congress celebrations and suchlike in Dublin.  How times have changed! We’ll leave it at that for now.

Selecting just one Maytime breaking story which fascinates my zany head though, and leaving all the rest aside, there is likely soon to be a new law in the Emerald Isle in relation to the delicate zone around organ donations following one’s unexpected and usually tragic death, typically in a road traffic accident.

Until now, in this era of high transplant rates for organs such as hearts, lungs, kidneys, and livers, we don’t have enough organs of our own in the health service for those who need them. And need them urgently.

Many recipients face long delays as they await a call which tells them that a kidney or lung or heart which would transform their futures is available at last. Even then there are often further disappointments surrounding compatibility and so forth.

Very often to the transplants have to be carried out in England’s highly regarded transplant units. The synopsis situation which, in all fairness, our authorities are trying to improve dramatically is to hugely increase the number of us natives who have signed up to be organ donors long in advance of our passing.

The plan, as currently being developed around Leinster House and the corridors of power, suggests that unless one deliberately opts out of one’s organs being donated to the waiting suffering in the event of one’s sudden death, then the state will assume permission is granted and will be able to remove the priceless kidneys, livers, hearts and lungs at once without having to seek permission from the deceased’s family.

Until now intending donors carried a card with them and registered their names on the mercy list. Their organs often brought a new lease of life to several patients on the long waiting list for transplants.

It is a great idea altogether to solve a major problem. I support it warmly.

Already it has generated a national debate. Families and individuals and communities are discussing the issue and defining their attitudes and opinions.

The number of those opting to be organ donors after their passings have soared. Lives are certain to be saved in consequence.  I hereby, in this space, with only very slight stipulations, add my own surviving aged organs to the list and will instruct my loved ones accordingly.

Wryly but truthfully, since I have been in careless enough possession of the said organs for more than seven happy and healthy decades, they are unlikely to be of much benefit to anybody else when I’m done with them. However, that is a medical matter which is beyond my ken.

What does concern me, however, is that there does not seem to be any provision in the new project for the deceased donor (myself in this hypothetical case) to dictate from the grave a few wishes in relation to the travels of my old heart and kidneys, et al, after I need them no more.  I have also discussed this matter fully with my family. It’s a short list of reservations too as ye shall see now.

I desire that no part of me, after my death, should be forced to reside in any region of Co. Mayo or Co. Cavan, and should not be trafficked across the current border.

All my organs always suffered tensions and strains every hour I had to spend during my working life as a hack in both counties, especially in Mayo, where I was always outsmarted one way or another. And the same goes for any time I had to spend as a hack in Co. Cavan.

I am probably betraying personal bigotry and stupidity here and should be ashamed of myself. But that is the way I feel, a real gut feeling.

By the same token if all my innards, in some medical way, could benefit a few good people in the lovely and lively Cinderella county of Leitrim then I will be flapping my wings above in paradise for an eternity of Maytimes!

Maybe I should say no more because I suppose this is now a legal kind of document rather than a blog.

Incidentally, I heard a cuckoo calling over Lough Derg an hour ago...

Read more: Donald Trump will solve all of west of Ireland’s woes with his visit