Donald Trump will surely sort out "all our social and political and economic worries will for sure be sorted out in a matter of hours." 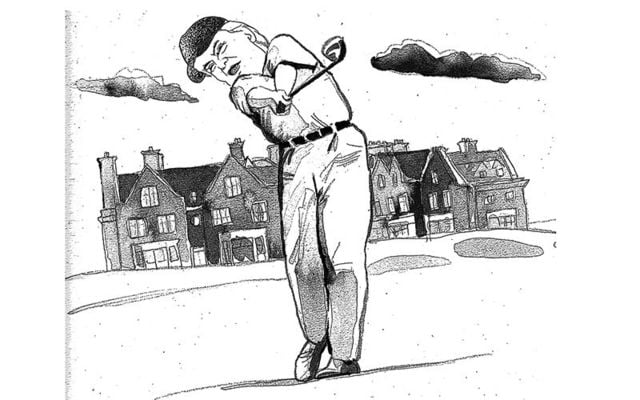 Mighty good news altogether for all of us on this stressed coast of the Wild Atlantic Way in the last few hours with the report that your hugely respected leader President Donald Trump is almost certain to land amongst us here on the stressed Emerald Isle before next month is over.

If that indeed happens as reported then, thank God, all our social and political and economic worries will for sure be sorted out in a matter of hours.

I can hardly believe it will indeed happen as reported even though it seems certain that your noble leader will pay a state visit to the U.K. in a matter of weeks.  Let us all hope and pray that your magnificent leader does indeed fly out of the bright sun into my beloved West Clare and his Doonbeg golf resort as soon as possible. Then all our problems on all fronts will be sorted out in a matter of a few hours.

I don’t want to get heavy and maudlin this season, but the reports are almost too heartening to be true at the time of writing. We are struggling over here on the Emerald Isle currently, as many of ye well know, with all the difficulties related to this Brexit fiasco across the Irish Sea, and with our own domestic problems mostly harnessed to that, mainly related to issues connected with housing shortages, health service deficiencies, and suchlike.

An illustration of Donald Trump by Caty Bartholomew.

Given the brilliant record of your noble leader to date we believe that, having sorted out the Brexit chaos around Westminster during his state visit there, he will have enough energy left over when he flies into Shannon to visit his Doonbeg resort in West Clare, relax with a round of golf around his own course, and then, after breakfast, probably via Twitter, solve all our problems between breakfast and lunchtime in the Banner County.

Is that not how this mighty leader has solved all your U.S. problems to date?

They will surely roll out the green carpet of our respect and admiration for your esteemed leader if and when he arrives in Doonbeg.  There will be an explosion of clearly fake news afterward across the globe claiming that his golf resort and related amenities has reported a trading revenue deficit over the last year.

Disregard that kind of stuff. It is related to the kind of accounting tactics and ploys used daily by about all of your esteemed leader’s business opponents, both here and elsewhere across the business globe. Ye know more about that kind of thing than I do, but we are all learning fast are we not.

My researches have revealed so far that there is nobody in the West Clare region, which is cosmopolitan nowadays, who bears the surname Mueller or who is distantly genetically connected to either Joe Biden or Bernie Sanders, potentially political challengers down the road on behalf of the Democrats.

I suppose I need to put it on the record that although my mother was a Bannon from Ulster, I have no connection at all with any American Bannon and, furthermore, there is no Clinton wing attached to our clan. You need to make these things clear well in advance nowadays on both coasts of the ever wilder Atlantic Way, do you not?

In the small hours of a bright night on the eve of a Mayday with a difference for all residing in the clearly Disunited Kingdom across the Irish Sea, it needs to be made clear to all that the imminent arrival of Donald Trump is extremely timely for the many parties involved both in the Brexit fiasco and the ill-fated efforts to date of a drive to restore Ulster power to Stormont in Belfast.

That is not going to happen anytime soon unless your brilliantly different political practitioner Donald Trump applies himself to the issue with his usual inimitable style. I would only be slightly surprised if his actions this early summer do not result in something which closely resembles a united Ireland at the close of one of these truly surreal days. Remember ye read it first in this space in the Irish Voice!

That’s about it for now. I’m girding my loins for truly exciting times ahead after your nobly different leader flies into us out of the sun any day now. Excitingly stimulating days and weeks ahead of us all.