The beauty of the Mayo along Ireland’s Wild Atlantic Way

Ireland's third-largest county, home to one of the best hotels in the world, and stunningly breathtaking! 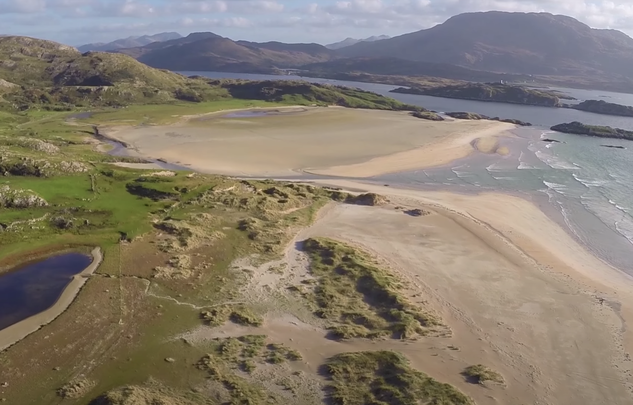 This drone footage of the Mayo coast proves the Irish landscape is a thing of wonder and beauty. AirCam Ireland

This drone footage of County Mayo will have you planning your next vacation.

County Mayo has quite a few claims to fame. It's Ireland's third-largest county, it has its own international day of celebration, and a County Mayo castle was recently named the best hotel in the world. So you really shouldn't need any more reasons to visit, but just in case you did, here's a stunning video of the Mayo coastline, up along Ireland's Wild Atlantic Way.

It was shot by Raymond Fogarty of AirCam Ireland, who recently spent six weeks filming the Irish coastline via drone. The gorgeous shots and sweeping views he captured of the Mayo coast prove that the Irish landscape truly is a thing of wonder and beauty.

The Wild Atlantic Way is a 2500km (1500 miles) driving route, stretching from Malin Head in County Donegal to Kinsale in County Cork along Ireland’s western seaboard. It was launched in February 2014 by Junior Tourism Minister Michael Ring and it traverses the entire rugged and spectacular west coast of Ireland from Cork through counties Kerry, Clare, Galway, Mayo, Sligo, Leitrim to Donegal.

In Mayo, the Wild Atlantic Way is a 543km coastal drive and much of Mayo’s spectacular natural scenery lies along it.

Along the Mayo section, there are thirty-one Discovery Points and two of them are indicated as Signature Points: Downpatrick Head and Keem Strand. Reading our mini-guide, you can travel the Mayo section of The Wild Atlantic Way or pick your part of the Atlantic coastline to explore.