“This is still the land of opportunity and remember that your hardest times will lead to your greatest times.” 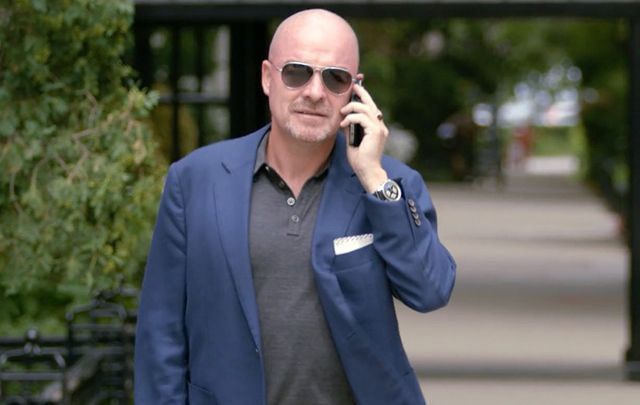 “I am the epitome of the American Dream. I came here with $500 and a job as an assistant janitor and was able to build a real estate company that does over $1 billion a year. America is the most level playing field in the world,” said Conlon, host of a TV show on CNBC entitled The Deed: Chicago.

The Deed takes a close look at the good, bad, and ugly of the real estate world, something Conlon knows plenty about.

In an e-mail interview with the Irish Voice, Conlon discussed his youth in Ireland, his initial hard times in America and why he still believes immigrants are the key to success here.

“My first three years in America (in Chicago), I worked as an assistant janitor and studied at night to sell real estate part time,” said Conlon.  “I taught myself everything there was to know about the neighborhood. I believe that when preparation meets hard work you will find opportunity. I was at the vanguard of revitalization of the North Side.”

Conlon attributes many things to his success, including his parents, who raised him to revere hard work and education in Rathangan.

“My father was a dreamer, an attempted entrepreneur who tried his hand at numerous businesses with varying degrees of failure,” said Conlon, who initially worked for Lehman Brothers in London before moving to Chicago.  “My mother was a big component of education and hard work. My dad believed charisma could get you anywhere. The combination of the two worked for me.”

Asked when he was finally able to step back and consider himself a “success,” Conlon’s first answer is, “I still don’t.”

However, he added, “If there was a memory of achieving financial independence seared in my mind’s eye, it’s in 1995 when I bought my father a Mercedes for Christmas.”

Not that success came fast or easy.

“When I came here I had no plan, no direction, just a burning ambition to succeed. I improvised,” said Conlon, who, by the late 1990s was generating hundreds of millions of dollars in real estate sales.  By the first decade of the 21st century, Conlon’s companies were hitting the billion dollar mark.

And though many challenges remain, for Americans as well as their country, Conlon still believes immigrants like himself are “the lifeblood of America.”

He added, “While America is a place, it’s more a frame of mind and the countless contributions of immigrants that have washed up on this shore are too numerous to account for.  With particular focus on the Irish in America, they were the unsung heroes who built roads, canals and buildings who don’t have statues or books written about them. Most have passed in the midst of time, but have left an indelible mark on this country’s landscape and psyche.”

And to those coming to the U.S. today from Ireland -- or Ghana or Pakistan or the Dominican Republic -- Conlon offers this advice.

“This is still the land of opportunity and remember that your hardest times will lead to your greatest times.”

Perhaps the same can be said about America as well.

Read more: What the Green Card meant to my Irish immigrant family