A man jailed for seven years for the rapes of two teenage boys in a republican “safe house” has been named as the son of Larry Marley, one of the masterminds behind the mass Maze prison escape in 1983 in Northern Ireland 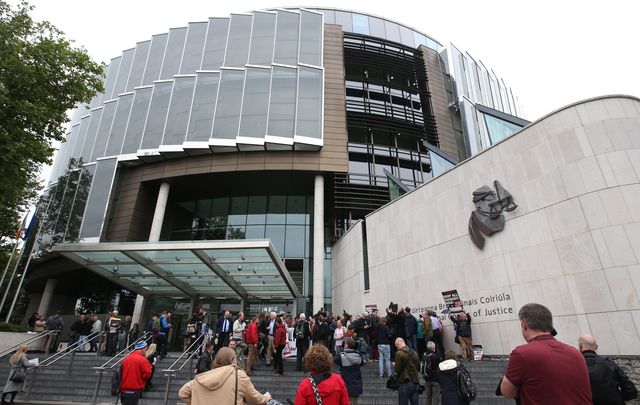 A man jailed for seven years for the rapes of two teenage boys in a republican “safe house” has been named as the son of Larry Marley, one of the masterminds behind the mass Maze prison escape in 1983 in Northern Ireland

Seamus Marley, 45, with an address in Dublin, was jailed at Dublin Central Criminal Court where the jury found him guilty on six counts of sexual assault and two counts of rape.

He was described in reports as an alleged IRA member when he committed the crimes against the two boys who lived in a large home in Co. Louth owned by a “dedicated republican” that was used as a “safe house.”

Republican safe houses are usually used by IRA members on the run or attempting to avoid the authorities for any other reason.

The jury heard that Marley was one of these guests and that he was welcomed into the family.

However, they also heard from Detective Seamus Nolan that gardai­ had no intelligence that the accused man was involved in any paramilitary organization until the complainants came forward with their allegations. Marley had never been arrested for any “alleged subversive activities.”

The court heard that Marley was from a large family in Belfast and his father was murdered by loyalist paramilitaries.

Sunday Independent columnist Maria Cahill, commenting on the background to the court case, wrote that Marley was the son of “legendary deceased IRA man Larry Marley, credited with planning the Maze escape.”

Some years ago Cahill waived anonymity as a complainant in a sexual abuse case to tell of her claims of being abused as a teenager by a Provisional IRA member and of being subjected to an IRA internal investigation which forced her to confront her abuser.

She is a former Sinn Fein member and is now in the SDLP. Her great-uncle Joe Cahill was one of the founders and chief of staff of the Provisional IRA in the 1970s.

Cahill wrote that the republican movement had no credible counter-argument for IRA men who used their positions to abuse small children.

She added, “They will balk at me mentioning Larry Marley’s name alongside the issue of sexual abuse. I do so to explain that in cases where connections were so deep as to cause embarrassment to the republican movement, it is much harder for any victim to get justice.”

During the trial, the jury heard that the older of the two victims woke up one night to find Marley raping him.  After the incident, Marley warned him against telling anyone what had happened and said he “could be found dead on a border road.”

On another occasion, the child awoke to find Marley committing a sexual oral offense. The victim was later raped by Marley in a tent near his house.

In his victim impact statement, which was read out in court, the older victim said he has spent the previous 27 years living in despair and looking over his shoulder. He said he had finally reached the end of the tunnel and was taking his life back.

The younger victim, who also read his victim impact statement, said that as the house was beside a graveyard they had “quiet neighbors, dead ones.” He said he had learned that it is “not the dead we should be afraid of, but the living.”

Read more: Irish-born US Marine fighter's memorial to be removed by Irish authorities