Singing the US immigrant blues - how quickly the Irish forget

What the Irish have earned in the United States has been done despite narrow-minded nativists, for Irish Americans to miss that point is "unconscionable". 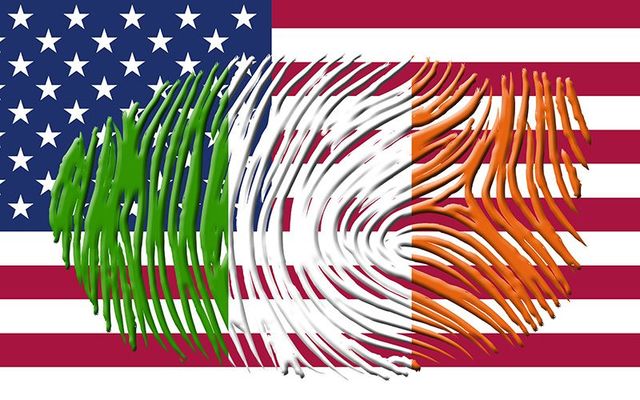 "If people with names like Lynch and Mullins and Piscopo can shift their politics so radically, who’s to say a significant chunk of today’s immigrants and their children won’t do the same?"

This is why you gotta be careful mixing Irish and Italian.

Ed Mullins, Irish American head of the NYPD Sergeants Benevolent Association recently appeared on former Saturday Night Live star Joe Piscopo’s radio show. They agreed that the removal of Christopher Columbus statues across the country is “an attack on the Italian Americans,” in Mullins’ words.

Mullins chose not to mention that he once made former Attorney General Jeff Sessions an honorary member of his union. The same Jeff Sessions who offered up “unqualified praise” (according to an excellent 2017 Atlantic article) for a 1924 anti-immigration law explicitly designed to -- you guessed it -- keep Italians out of the U.S.

It’s tempting to simply mock Mullins’ hypocrisy. But he’s also got other things to teach other people.

While “Blue America is only growing,” Brownstein writes, Donald Trump “has committed the GOP to a strategy of squeezing bigger margins from a shrinking share of the electorate.”

Look no further than the political journey of Ed Mullins.

He was born in Manhattan’s Greenwich Village when it was populated not by trust fund brats but Irish longshoremen and Italian dockworkers. America’s first “minority” president, JFK, had just been elected.

Urban ethnic Democrats were going to be key players in national politics for decades. They were “only growing,” right?

These days, Mullins tosses verbal hand grenades at anyone who even thinks a semi-critical thought about the police. And if being an MSNBC villain, and Fox News hero, is part of his job, well, you have to give it to Mullins.

“By staying on the offensive,” a long profile in this week’s New York magazine noted, Mullins “has forged an outsize role in the national debate over...law-enforcement.”

Fellow Irish American police labor leader Patrick Lynch “may be the face of police defiance, but Ed Mullins is its angriest and most unfiltered voice.”

No surprise. Especially to those Democrats who believe it is important to hold police accountable.

Besides, Dems are feeling good these days. Biden is a dinosaur, yes. But his running mate, Kamala Harris -- with her relative youth, and Indian and Jamaican background -- represents the future. In 2020, and beyond.

Then again, if people with names like Lynch and Mullins and Piscopo can shift their politics so radically, who’s to say a significant chunk of today’s immigrants and their children won’t do the same?

Watch the riveting new Netflix documentary Immigration Nation. Some of these border cops are speaking Spanish one minute and defending Trump the next.

Let me state here that I have serious issues with those Irish Americans whose political beliefs rest on nasty ideas about, say, religion or immigration. Whatever we have earned in America, we have done so despite narrow-minded nativists like Jeff Sessions, not thanks to them. For Mullins to ignore or miss that point is unconscionable.

On the other hand, high-minded Democrats like to pretend that they played no role whatsoever in losing a sizable chunk of the so-called “white ethnic” vote.  This is not to say Mullins or Lynch would be Bernie Bros if only Democrats had pitched a bigger tent 40 or 50 years ago.

But if the Democrats don’t think seriously about the tent they are pitching in 2020 and beyond, don’t be surprised when at least some children of immigrants from, say, India or Jamaica, take the same journeys as those from Italy or Ireland.