Simon Cowell said of a One Direction reunion, "I think it will happen. If they got together ... it would be the most amazing thing." 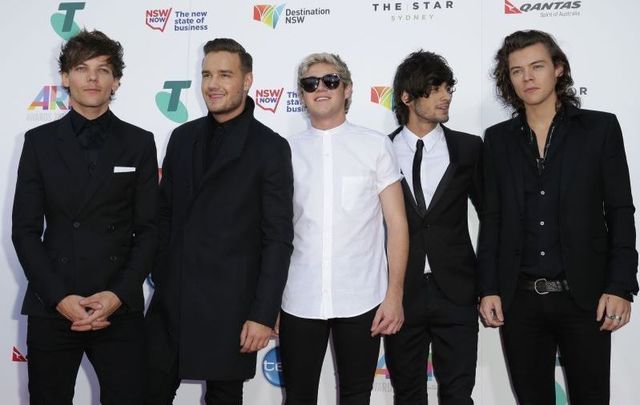 One Direction, including our Irish boy Niall Horan, center, photographed in 2014. Getty Images

Could Niall Horan and the One Direction boys reunite? The X-Factor impresario has said he thinking it could happen!

Simon Cowell, the impresario responsible for the creation of One Direction 11 years ago on his U.K. talent show The X-Factor, thinks he could convince the boyband which took the world by storm to reunite, even though they’ve been pursuing solo careers since 2016.

“I think it will happen. If they got together, whether it is making records again or touring, it would be the most amazing thing. I’d love it to happen,” Simon told an Australian TV show last week.

“If I could get into a room with them all and just say to them, ‘You know what, whether it’s six months or something, I think you would have such a great time and enjoy each other’s company again.’

"Maybe I could persuade them. But I think they should do it, definitely. The fans, of course, would love it.”

1D’s only Irish member, Niall Horan, recently said he wouldn’t be opposed to a reunion, but only if the four other guys were on board too. A couple of them have talked about their mental health struggles while with the band, but during an interview last week Niall says he thankfully didn’t have a problem with the sudden level of fame.

“But if I did, I think I would be one to talk about it. I’m a very heart on my sleeve kinda guy.”