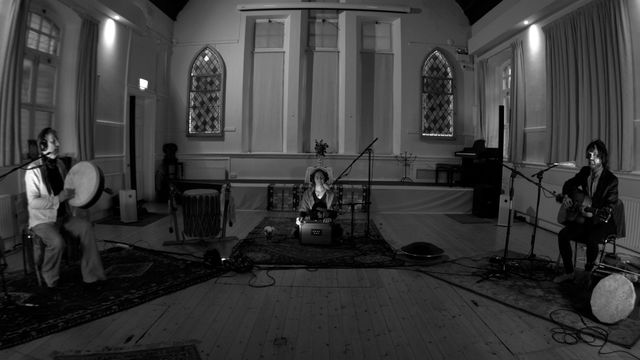 Inspired by the spiritual traditions of Ireland, Sligo-based singer-songwriter Rainbow Starlight composed a powerful melody for one of Ireland’s best-loved ancient prayers, ‘Sé Do Bheatha a Mhuire’ ('Hail Mary').

Rainbow Starlight says: “We have experienced many waves of imperial and religious conquest in Ireland and despite concerted efforts to remove the essence of the Feminine from the collective psyche, the spiritual connection of the Irish people to the nurturing energy of the Feminine has always endured.

"During pre-Christian times this was expressed as a deep appreciation for the cycles of nature and Irish Goddesses such as Brigit and Maebh. In our more recent history, it has manifested as a continued reverence for Mother Mary and St. Brigid.”

It is the enduring connection of the Irish people to the Feminine that Rainbow Starlight wanted to represent with this song.

The trio were united by a shared wish for healing and harmony in the world, each bringing their unique musicality and essence to craft this stunning piece.

The video and song work beautifully together to bring forth the golden thread of the Feminine that runs through Ireland’s ancient past and present alike.

‘Ón Mháithair’ (‘From the Mother’) was recorded live in the Chapel of Ease, Dublin during the Winter Solstice of 2020 and was shot on the sacred mountain of Knocknarea, Co. Sligo, where Queen Maebh’s Tomb lies on the summit.

You can watch the simply stunning ‘Ón Mháithair’ here: