Molly Shannon's Who Do You Think You Are? episode is the embodiment of an American dream but it'll also leave you thinking about what it means to be Irish American. 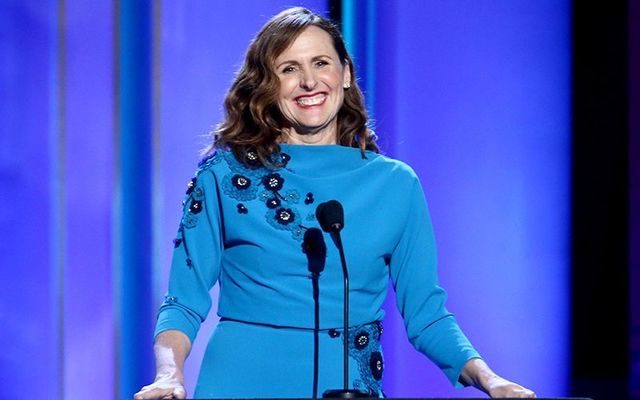 Shaker Heights sounds like one of those flat, bland, square places in the middle of America, perhaps in Indiana or Illinois or Michigan. That it’s actually in Ohio doesn’t change the fact that Shaker Heights seems like a good place to be from -- you know, far away from.

And that’s a problem. A certain segment of influential Americans are quite snobby when it comes to geography, so if it isn’t near New York or LA, well, you might as well be from anywhere, because it doesn’t really matter, does it?

But Shaker Heights is located just outside of Cleveland, where a significant number of immigrants settled, working jobs on the waterfront or in factories, joining unions, in the hopes that their children could grow up in a slightly more tidy and comfortable place like Shaker Heights.

That’s where Molly Shannon grew up. You know Molly Shannon from 1990s Saturday Night Live, as well as movies like Other People and Me and Earl and the Dying Girl. These days, Shannon is out promoting Wild Nights With Emily, a film in which she plays the famed, reclusive poet Emily Dickinson.

But if you want to see Shannon give the performance of a lifetime, look up the recent episode of the one-time NBC show (now on TLC) Who Do You Think You Are?, which sent Shannon off to Mayo to learn about her family’s past in Ireland.

You’ll laugh. You’ll cry. And if you spend a little time thinking about things afterward, you may well cry some more.

In so many ways, Molly Shannon is the walking, talking personification of the American Dream. Her mother Mary Margaret (nee Keating) was a teacher, her father James Francis was a sales manager.

She left Ohio for the bright lights of New York City where she graduated from NYU’s acclaimed Tisch School of the Arts.  She went onto stardom on SNL, and, yes, mined her background creating characters such as Sally O’Malley and Mary Katherine Gallagher, an Irish Catholic school girl struggling to fit in, tripping over desks and chairs along the way.

No, this doesn’t quite seem rich enough to serve as the basis of an entire movie, but it did, in 1999’s Superstar, starring Will Ferrell alongside Shannon.

Either way, Shannon has had an immensely successful showbiz career, and there is every reason to believe her best work is ahead of her.  All the more reason her episode of Who Do You Think You Are? is tinged with heartbreak.

For all of her Hollywood success, Shannon suffered a terrible loss at an early age.  Her mother, sister, and cousin were killed in a car accident when Shannon was just four years old.  And so, when Shannon heads off to Mayo to learn about her immigrant, maternal grandparents, there is plenty of emotion, making for some very compelling television.

Shannon learns disturbing family secrets. She learns about local Mayo history and conflicts.  She meets up with cousins for the first time.

If you can keep the tears from flowing, well, you’re made of sturdier stuff than I am. 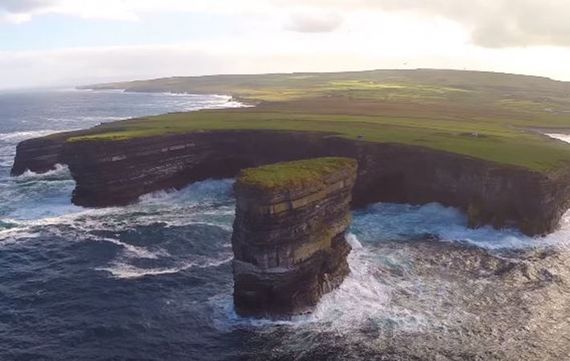 Those two things, of course, are intimately connected. Which makes this all the more sad.

It might be understandable if an immigrant came to the U.S. at the height of the Irish Famine, and with each generation, a little bit of family lore was lost.  But even with the tragic loss of her mother, Shannon could have heard so much of this family history from her own grandparents or cousins.

But she -- and millions of other Irish Americans -- don’t discuss such things. The reasons are many.  Family members may be ashamed.  They may not believe secrets are, in fact, “history.”

A certain segment of influential Americans is quite snobby when it comes to which ethnic history is or is not chic. At least Molly Shannon got a chance to learn about her family. More Irish Americans should do the same.