Despite the Pontiff’s August visit to Ireland the Pope holds no great expectations for a Catholic revival in Ireland, especially after landslide abortion vote. 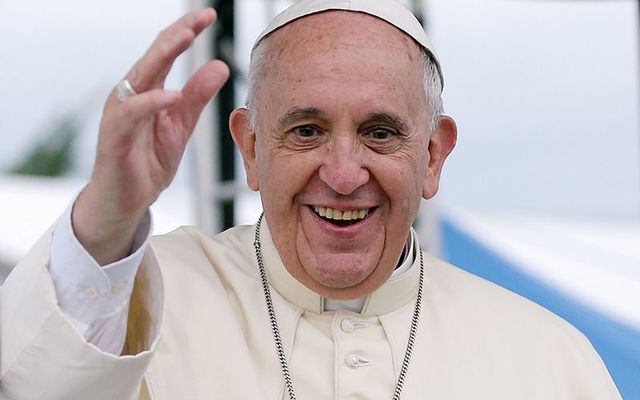 Despite the Pontiff’s August visit to Ireland the Pope holds no great expectations for a Catholic revival in Ireland, especially after landslide abortion vote.

Pope Francis has given up on turning the tide of secularism in Ireland and Europe generally and is focusing his efforts on keeping South America, Africa and Third World countries close to the church, The New York Times reports.

The well-sourced article would seem to indicate that, despite his upcoming visit to Ireland in August, the pope holds no great expectations of a Catholic revival there.  The abortion referendum result last Friday would certainly confirm that.

That is certainly in contrast to the visit by Pope John Paul in 1979 when a young, vibrant pope came specially to prop up the church and reignite the faith of a young generation of Irish who, even then, were showing signs of slipping away.

The Francis message is far different.  New York Times Vatican City editor Jason Horowitz writes, “Francis is not sounding the alarm or calling the faithful to the ramparts. He seems resigned to accept that a devout and Catholic Europe has largely slipped into the church’s past.

“Across Western Europe, the church’s once mighty footprint has faded, in no small measure because of self-inflicted clerical sex abuse scandals and an inability to keep up with and reach contemporary Catholics. Church attendance has plummeted, parishes are merging, and new priests and nuns are in short supply.  Gay marriage is on the rise, and abortion is widely legal.”

Thousands in Dublin Castle celebrate victory of the marriage equality referendum in 2015.

Francis instead is looking south and trying to reshape the church by a vision of drawing his priests closer to the poor whom he believes the church should serve.  He knows he must keep the church relevant or otherwise the south will drift away like Europe and America has done.

Francis differs greatly from his predecessor Benedict whose main thrust was ensuring that orthodoxy reigned, that the pope was an imperious figure and Europe was still the main bastion of the church.

Francis has accented the personal rather than the spiritual.  It is the difference between the approach of an aloof theocrat and a simple pastor.

If Benedict had visited Ireland, he would likely have got a cool enough reception. Francis, however, is beloved there, but his impact will be nothing like the John Paul 1979 trip.

Love of God and love of neighbour should be the two cornerstones of our lives.

Francis is undoubtedly looking south.  But even there the church has problems.

Horowitz notes, “In Brazil, which has the world’s largest Catholic population, evangelicals preaching prosperity gospels are giving stiff competition to Catholicism, which is projected to become a minority faith in 2030. Francis made Brazil his first trip overseas after his election.”

Francis is currently embroiled in dealing with a nasty church abuse scandal which may damage the church in Chile.  He realizes it was the failure to deal with such issues by his predecessors that led to the loss of the faithful in Ireland.

Some observers found it strange that Francis did not seek to influence the Irish abortion vote, but he may have calculated that doing so would merely resurrect old images of the church trying to dictate.

His visit to Ireland in August will be an informative one in terms of seeing how much support he brings out.  An estimated one in three people in Ireland turned out for John Paul in 1979.

Francis is not expected to come near those numbers. Times have changed.