Critics counter, however, that the Vatican is full of moving words for victims but does little behind closed doors. 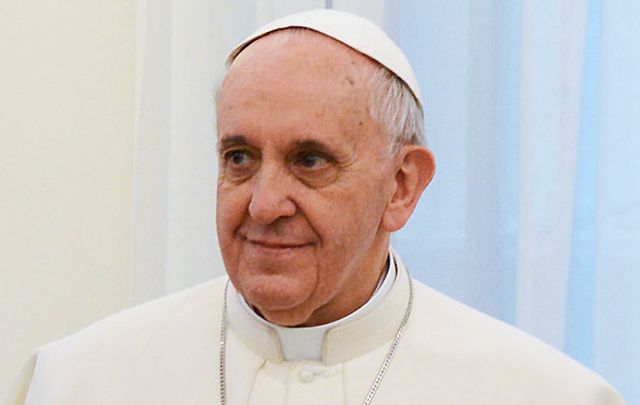 Pope Francis has phoned victims of sexual abuse to encourage them to come forward. WikiCommons

Is Pope Francis doing enough to put an end to abuse within the Catholic Church?

Pope Francis has described abuse by priests as an “absolute monstrosity” and a “terrible sin” in a foreword to a book dedicated to the victims of clerical abuse.

The Holy Father vowed to crack down on perpetrators and pledged zero tolerance for the guilty.

"We will counter those priests who betrayed their calling with the most strenuous measures,” he wrote.

“This also applies to the bishops and cardinals who protected these priests – as happened repeatedly in the past."

The book,  "Father, I Forgive You: Abused But Not Broken" was written by the 58-year-old Swiss man, Daniel Pittet, who was first raped by a Catholic priest 50 years ago.

For four years, Pittet was sadistically abused but he has since forgiven his attacker.

"Forgiveness does not heal the wounds or wipe away the misery... forgiving him has allowed me to burst the chains that bound me to him and prevented me from living,” he declared in the book.

The Church has since defrocked the priest in question and Pope Francis said he had been deeply moved by Pittet’s ability to forgive the abuser.

Earlier he also phoned Rufino Varela, an Argentine man who was abused by an Irish brother at a élite Christian Brothers school in Buenos Aires.

The abuser offered the then 12-year-old sweets and told them they should keep what happened as a secret between them and God.

Some twenty other former pupils at the school have gone public detailing similar acts of depravity.

His former school offered him counseling and begged him not to go public but the pope, who served as the city’s Archbishop for 15 years, told Valera, “Rufino, you have a mission [to expose abusers] and I appreciate that. You have a big heart. You want justice.”

“Francisco,” he replied, “I can’t believe the Christian Brothers congregation is still handling schools after the Ryan and Murphy reports [in Ireland]. Please do something. All the churches are going to be empty.”

Since his election as pontiff in 2013, Pope Francis has often spoken movingly about his horror at clerical sexual abuse but critics say he has not done enough to tackle the greatest moral crisis facing the Church since Martin Luther nailed his “Ninety-five Theses” to the door of a German chapel.

In March this year, Marie Collins, an Irish victim of sexual abuse, resigned in frustration from the Vatican’s Pontifical Commission for the Protection of Minors.

Afterward, she wrote about her incredulity at the Church’s refusal to cooperate with or fulfill even the simplest recommendations from the Commission.

“The last straw for me,” she thundered, “[was that] at our request, the pope instructed all departments in the Vatican to ensure all correspondence from victims/survivors receives a response. I learned in a letter from this particular dicastery last month that they are refusing to do so.

“It is a reflection,” she concluded, “of how this whole abuse crisis in the Church has been handled: with fine words in public and contrary actions behind closed doors.”