Politics of fear and the real danger of “Sanctuary Cities”

To listen to U.S. Senator Pat Toomey from Pennsylvania, you’d think my wife and I are lucky to be alive...we spent a fun weekend wandering around in Philadelphia. 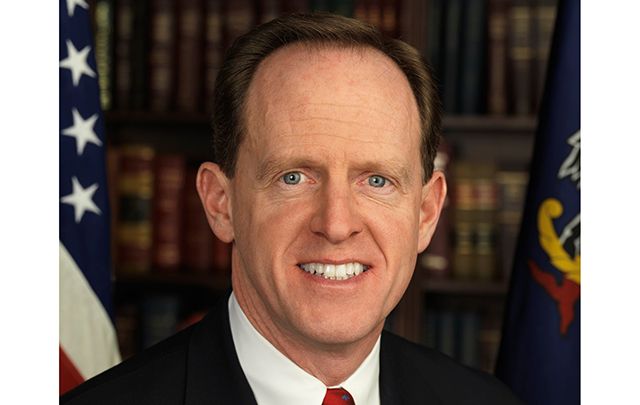 To listen to U.S. Senator Pat Toomey from Pennsylvania, you’d think my wife and I are lucky to be alive.

A few weeks back, we left our four kids with my sister and set out for one of our regular and cherished weekend trips to Philadelphia.  We walk, eat and drink the City of Brotherly Love from top to bottom.  From the cafes of East Passyunk Avenue up to the Rocky statue and the Museum District.  From the stately, affluent alleys of Rittenhouse Square over to the cobblestoned streets near Penn’s Landing.

Naturally, we’ve stumbled upon many favored Irish joints.  There’s the great Fergie’s, inconspicuous yet boisterous on Sansom Street, near Center City.  A wonderful new discovery, this time around, was the Bards on Walnut Street, whose walls are fittingly lined with massive book covers by an eclectic mix of Irish authors.

The point is, somehow, we survived!  None of our favorite Philly establishments were burned down by roving bands of lunatics straight out of a Mad Max movie.

Because if you listened to Toomey -- whose own Hibernian name would fit nicely above a pub door -- you’d think Philly was on the verge of an apocalypse.

Earlier this month, phillymag.com noted that Toomey recently “called on President-elect Donald Trump to punish Philadelphia and other ‘sanctuary cities’ that do not fully comply with federal immigration authorities.”

Philly?  Dangerous?  Well, sure, any large city is going to have its problems, especially in the far-flung districts where the Irish pubs get a little more, shall we say, dicey.

But if people on both sides of the political aisle can agree on one thing -- and that is a big if -- it is that we are living in the golden age of the American city.

Most urban areas are astonishingly safe these days.  In the 1920s they were seen as booze-soaked pits of vice dominated by corrupt Irishmen.  In the 1980s, they were crack-riddled war zones.

Now?  The worst thing about many cities are the number of bearded artisan pickle vendors willing to spend $3,000 a month for a studio apartment.

So, Senator Toomey, what are these “dangerous cities” you speak of?

This brings us to the controversial concept of “sanctuary cities.”  There are many ways to define a “sanctuary city,” but basically this means that city law enforcement officials will not make life needlessly difficult for undocumented immigrants.

This angers some people.  “What part of ‘illegal’ do you not understand?” they like to ask.  I get it.

On the other hand, if you pretend you can walk down the streets of any major city and simply identify who is “illegal,” you’ll get yourself into a fight well before you make an arrest.

And, in the name of fairness, perhaps you should also arrest the many American citizens who knowingly hire the undocumented, for noble as well as ignoble reasons?

Toomey and others like to raise the boogie monster of terrorism.  They believe that federal anti-terror authorities cannot vigorously pursue suspects in a “sanctuary city.”

But Philly’s own mayor, Jim Kenney (also Irish American), dismissed Toomey’s argument as “fear-mongering” and a Kenney spokesperson told politifact.com:  "The city of Philadelphia does cooperate with the federal government in the case of suspected terrorism.”

In the end, this is not about terror.  It is about exploiting suburban and rural fears of cities and immigrants, just like the anti-Catholic KKK did in the 1920s.  The fact that an Irish Catholic senator named Patrick Joseph Toomey is doing this makes it all the more sad.

As Nathaniel Popkin noted at newsworks.org, “Given (Toomey’s) inflamed language, we might wonder if the senator would consider Anna, his great-grandmother, or Helen, his grandmother, ‘illegal.’ Would he say, with a contempt that belies his reputation as a moderate, ‘They have no right to be here?’”