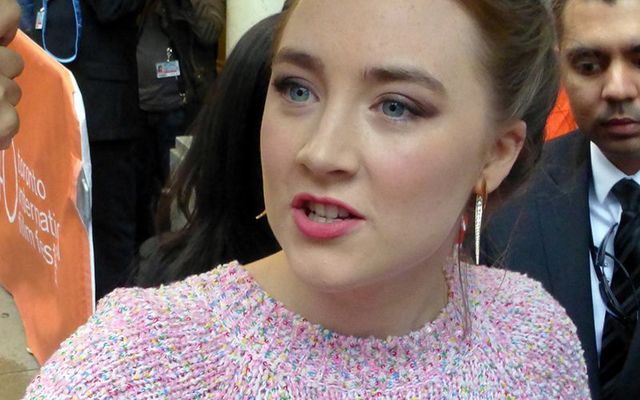 Saoirse Ronan’s big weekend is upon us, as the Oscars are set for Sunday and she’s one of five in the Best Actress category for Lady Bird.

It’s going to be a tough race – Frances McDormand seems unbeatable in Three Billboards Outside Ebbing, Missouri, but who knows? Either way, Saoirse’s career is on fire and at only 23 years of age, she’s going to be around for a long, long time.

The Irish Times had a great interview with Saoirse recently – Lady Bird opened there only a couple of weeks ago.  She spoke about a lot of issues, including the upcoming referendum in Ireland that could liberalize the nation’s strict abortion laws.

“I will be voting when the referendum happens,” Saoirse, who lives in Co. Wicklow, told the Times.

“I was coming into my womanhood when that discussion was being had after the marriage referendum.  And I know so many people who have been affected by this situation. I just feel everybody has a right to their own body. Everyone has a right to make their own decisions.”

The referendum to appeal Ireland’s Eighth Amendment, which recognizes equally the life of the mother and the unborn child, will be especially meaningful because it will allow the people to decide the kind of regulations they want, Saoirse feels.

“People totally have a right to be pro-choice or pro-life,” she says. “But I think it will be an empowering thing for the people of Ireland to get out and make their own decision on the topic. More than anything else – regardless of how you vote – we need to be given the chance to have our voices heard.

“Since the marriage referendum, Ireland has definitely taken a turn. I do feel it’s become more of a modern, cosmopolitan place. It’s such a turnaround. I feel like there is a turning point with our generation. Women are being empowered in a way they haven’t before.”

Here's a video showing what the public on the streets of Ireland are feeling: