Irish bishops bidding for Pope Francis to cross the border into Northern Ireland after 1979 John Paul II no show. 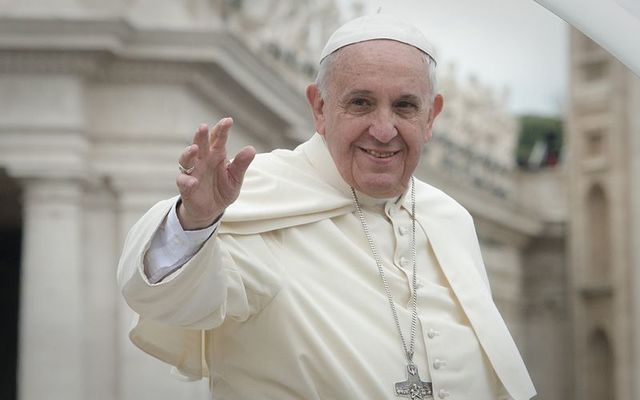 Pope Francis is visiting Dublin in August 2018. Will he visit Northern Ireland? Flickr

Irish bishops bidding for Pope Francis to cross the border into Northern Ireland after 1979 John Paul II no show.

Irish bishops are desperately bidding to persuade Pope Francis to cross the border into Northern Ireland during his Dublin visit on August 25 and 26.

Although the Vatican said a trip to Northern Ireland will not be included when the Dublin visit for the World Meeting of Families was confirmed last week, a group of Irish bishops said they still have five months to campaign for a brief pontifical visit to the North.

Bishop Donal McKeown of Derry and his two fellow Northern Ireland-based bishops Noel Treanor of Down and Connor and Archbishop Eamon Martin of Armagh, who is also primate of All Ireland, are heading the campaign.

McKeown told BBC Radio Ulster on Sunday that they are calling “through the appropriate channels” for a change of mind in Rome.

Although a visit to Armagh was planned when Pope John Paul II arrived in Ireland for his 1979 visit, it was cancelled and the nearest he got to the North was Drogheda.

His trip across the border was abandoned for security reasons because a few weeks earlier Lord Louis Mountbatten and members of his boating party were killed by the IRA at Mullaghmore, Co. Sligo.

The same day, the IRA killed 18 British soldiers in two bomb explosions at Warrenpoint, Co. Down.

McKeown reflected on subsequent papal visits to various regions of Britain in 1982 and 2010.

“It seems to me that Northern Ireland is the only part of these islands that, for whatever reason, is not visitable by a Pope,” he said.

“I do think people in the North have come through terrible times...I really think that there would be many people who would appreciate an opportunity to display just how far we have come and reflect on the past.

“It is very unfortunate that, for whatever reason -- and I am not privy to those discussions -- north of the border doesn’t appear to be on the agenda for a papal visit.”

Several other main churches in the North, including the Presbyterian Church and Church of Ireland, have said they would welcome a visit by Pope Francis.

John Paul II was the only previous serving Pope to visit Ireland.  More than 2.5 million people, including 1.25 million for a Mass in Phoenix Park, Dublin, flocked to five venues in the Republic.

Religious attendances at Catholic churches, and clerical numbers, have been decimated in the decades since then because of sex-abuse scandals and clerical cover-ups of them in the Church.

The scandals included two very prominent members of the clergy, Bishop Eamonn Casey and Father Michael Cleary, who flanked Pope John Paul on the altar in Galway at a Mass for the young people of Ireland.