After the elections, the new leadership criticized the parade board in a press release for sidelining the committee, and asked for greater participation going forward. 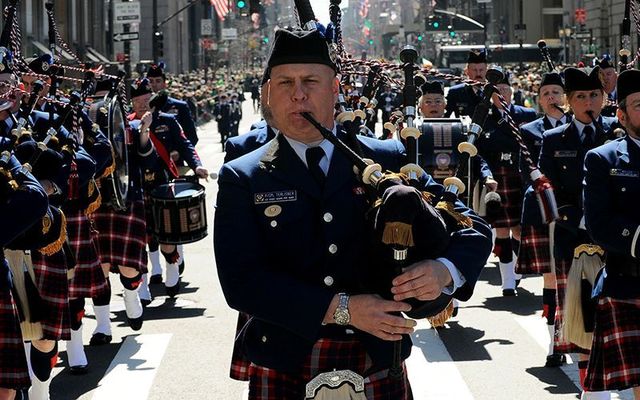 The New York City St. Patrick’s Day Parade and Celebration Committee, which operates under the Board of Directors of the parade, elected new officers at a meeting last Thursday night.

Denis McCarthy replaced John Tully as chairman of the committee, which has been at odds with the board for several years on the running of the parade.  McCarthy was the committee’s former corresponding secretary.

After the elections, the new leadership criticized the parade board in a press release for sidelining the committee, and asked for greater participation going forward.  The board is led by chairman Dr. John Lahey, who will step down after next year’s parade.

Members of the board of the New York St. Patrick's Day Parade - including John Lahey and Loretta Glucksman.

“In 2017, chairman John Lahey refuted repeated attempts to follow through on the promises he made to the Irish American community that he would work together with our elected committee in fulfilling our duties as officers of the Parade Celebration Committee. John Lahey outright refused chairman John Tully’s assistance to advocate a resolution of the outstanding parade lawsuit. In addition, Chairman Lahey flatly rejected an offer by esteemed counselor, Brian O’Dwyer to mediate a resolution between both the committee and the board,” the press release said.

“We believe the democratic principles historic to this parade need to be protected and restored back to its rightful shareholders. We respectfully request the opportunity for the 2018-2019 elected officers of this committee to meet with the parade board at the December 12, 2017 meeting to discuss how we all can contribute to preserving a parade that truly honors St. Patrick, and reveres our respective faith, heritage and culture as Irish Americans.”