Right before Christmas, Adams announced that an Irish American with deep roots in New York City and its crime-fighting establishment will be serving as one of his administration’s top legal advisers. 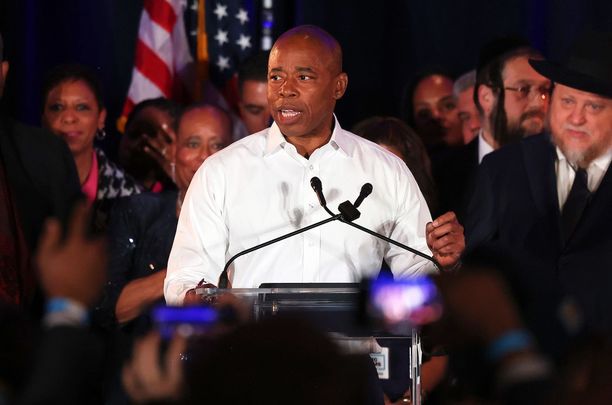 And hizzoner is looking to the Irish for help in these areas.

Right before Christmas, Adams announced that an Irish American with deep roots in New York City and its crime-fighting establishment will be serving as one of his administration’s top legal advisers.

“I thank Brendan (McGuire) for agreeing to serve in this administration,” Adams said in late December.

As The New York Times put it, McGuire reflected the fact that Adams “wanted advisers who were independent thinkers, had impeccable judgment and were ‘willing to provide me with their candid advice.’”

It does not hurt that McGuire’s veins bleed Irish green and NYPD blue.

Even Brendan McGuire’s grandfather, James McGuire, worked for over 40 years at the NYPD.

A 1979 New York magazine profile of the former commissioner said that at home in the Bronx, James “made certain his son (Bob) had a textbook New York Irish Catholic upbringing, steeped in scholarship, sports and sanctity.”

“1980 marked the highest level of crime in the history of the city until that point,” Timoney wrote in the New York Observer. “It wasn’t until 1979, under Mayor Ed Koch and Police Commissioner Bob McGuire, that things began to change with the first hirings in a decade.”

As for 45-year-old Brendan McGuire, he spent over a decade in the U.S. Attorney’s Office for the Southern District of New York and “oversaw teams of prosecutors that investigated and brought public corruption cases and, later, terrorism and national security cases,” according to the Times.

Another Irishman who has seen lots over the years is union organizer Declan Tracey.

Tracey is currently vice president of the Hotel and Gaming Trades Council (HTC), as well as president of Hotel Maintenance Painters Union Local 1422.

“An immigrant from Ireland, Tracey came to the attention of the Hotel and Gaming Trades Council when he was a team leader in the Engineering Department of the Ace Hotel. Active in the organizing drive at the Ace, Tracey’s abilities led to his hiring by the Council in 2012. He was elected president of Local 1422 in 2013,” his HTC biography reads.

HTC took a chance and endorsed Adams early in the mayoral race. Now that he is in office, they are expected to be an influential player as heavily-Irish unions always have been in New York.

“The New York Hotel and Motel Trades Council, the city’s hotel union, has spent the last 18 months pushing for Covid-19 safety protections and severance pay for its roughly 37,000 members in New York and New Jersey, while strategically backing politicians who it believes will prove future allies,” Bloomberg News reported a few weeks back, adding, “It’s never been more politically potent, even as it comes off the worst period in its history.”

Reporter Fola Akinnibi added, “The union, known as HTC, made an early, calculated move to back Mayor-elect Eric Adams and now stands at the center of power in city politics: The union's former political director, Katie Moore, was Adams's campaign manager and is now executive director of his transition team in which union president, Rich Maroko, also landed a leadership role.”

Given the enormous challenges facing New York, especially in the sectors of hospitality and law enforcement, McGuire and Tracey are sure to have their hands full in 2022. Good thing they have centuries of Irish experiences to rely on and reflect upon.