New York is great, but nothing beats Christmas at home in Ireland

New York has a lot to offer at Christmas, but it just can't compete with the "Pints. Ham." back home in Ireland. 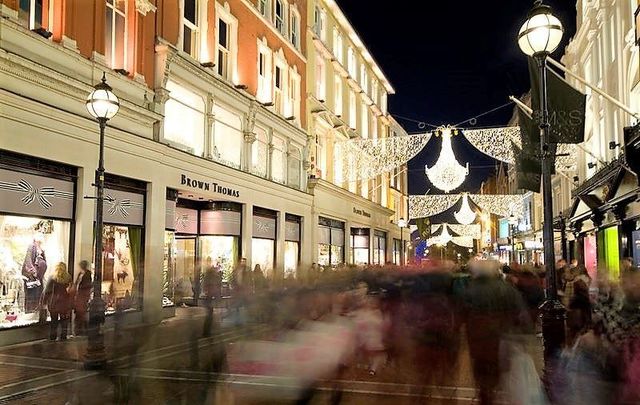 New York has a lot to offer at Christmas, but it just can't compete with the "Pints. Ham." back home in Ireland.

From the weather to the traditions, the facts are that Christmas in Ireland is pretty great.

There has only been one day of snow in the city so far this year, and it didn't stick. Compare this to last year where we were all drowning under 500 tons of snow and I, personally, was lugging five million tons of furniture through a blizzard between IKEA and Bushwick. I like to think things are looking up.

Naturally, I have left everything to the last minute and in spite of my incredible gift-buying guide last week (you're welcome) I have bought nothing, and fly back to Ireland in 48 hours.

There's a wide selection of two shops near my office so, everyone, you will be getting gifts from those two places. I'm not even really that sorry.

This is New York. No one has time for fancy shopping. Give a girl a break. 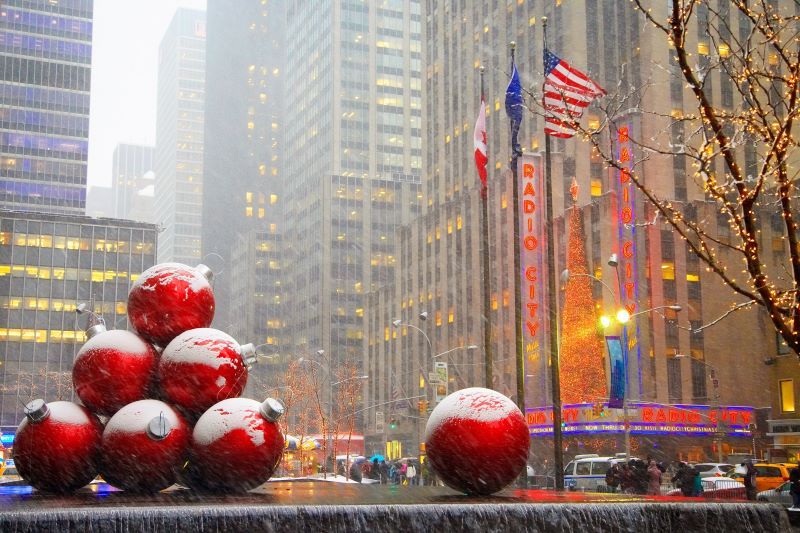 Read More: Who will film Ireland’s immigrants leaving after Christmas?

I will be returning with an empty suitcase and an empty belly, hungry for potatoes (I'm not even joking) and Mammy's cooking. I messaged my brother yesterday to remind him that I would be home in a few days and his response was pretty perfect: "Pints. Ham."

Indeed, that just about summarizes all that I am looking forward to. Leftovers sambos and a decent pint of Guinness. You can take the girl out of Ireland...

And of course, I am constantly losing myself in "Love Actually" daydreams of arriving at the airport in my bright red coat with a fluffy white hat as a gentle flurry of snowflakes scampers about a chilly blue sky and I rush into the arms of my kind sir who will look equally dashing while holding a sprig of mistletoe above his head for effect.

Reality is my flight gets into Dublin at 5:30 am and I already have my favorite pajamas set out to wear for the duration. Not to mention the fact that I am flying with a friend, so we'll be hitting JFK hard at 5 pm on Thursday evening with some farewell bottles of wine which will inevitably continue on board.

Arrival will be groggy, sticky, and complete with that delicious airtight cabin smell of peanuts and humans. Makeup will be everywhere that it's not supposed to be, and socks will be significantly smellier than they were prior to boarding. "Love Actually," eat your heart out. 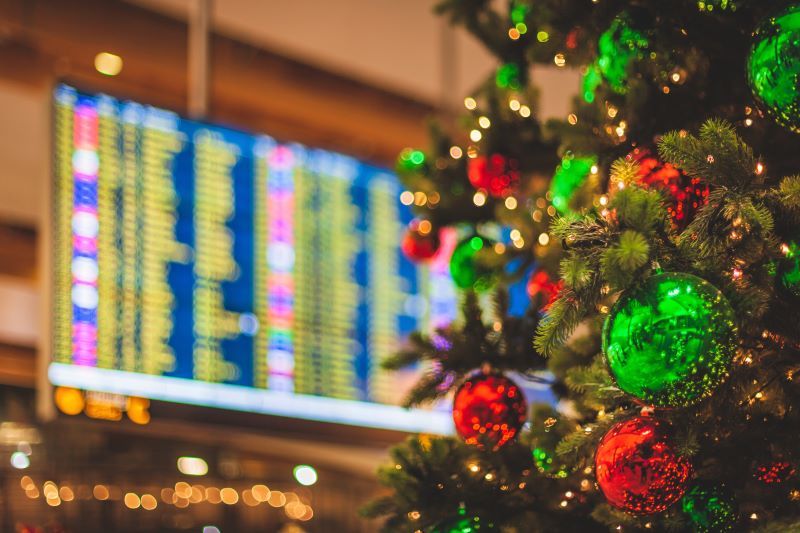 For many, Christmas at home in Ireland begins at an airport (Getty Images)

Read More: The most beloved Irish Christmas traditions according to YOU

So what does a visit home mean to us sprogs across the pond? For me, it's roughly a billion things ranging from a well-needed break, to a romantic getaway, to -- as my brother kindly put it -- pints and ham.

One of my pet peeves is when one person has been away for a while, whether for work, play or otherwise, and another person asks them, "Well, how was it?"

This is categorically the most ridiculous and yet most commonly asked question, and it drives me up the wall. How was it? Would you like that in one word? One sentence?

When it comes to the fact that I've been living what I like to call "a life" over here, it's difficult to summarize with much brevity. I tend to talk a lot.

Your options are "Great!" or "Fine!" depending on how much enthusiasm you can get away with. If you just spent three months in Bali while your mate has been working at a deli in the middle of nowhere all summer, you don't exactly want to rub it in their face that you have finally found yourself, and also found Pierre. And now you're married. This is somewhat similar to the return from New York to the Green Isle. 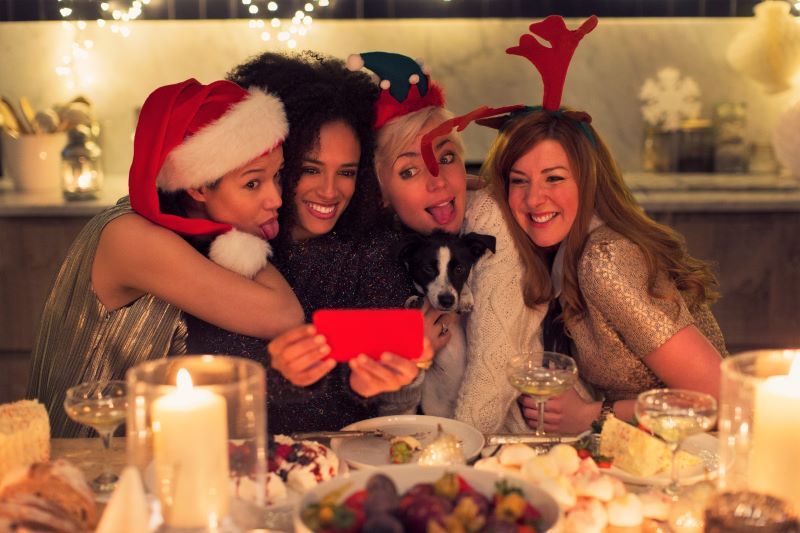 Happiness in New York is not impossible. It's hard, and when you're young, inexperienced, broke and a little homesick, there are sometimes more bad days than there are good.

College is a silly little bubble that over-protects us from the big bad world, and we are thrown into it like turtles without shells in a hailstorm. When I went home in April, I was advised to "play down" how fun New York City was so as not to make people jealous.

Ha! I had nothing to play down. Don't get me wrong, New York is easily the best move I've ever made, but I had no qualms in telling folks at home that it's far less Sex and the City and a lot more Muppets Take Manhattan.

Living here is all still so manic that it's easy to lose grip on reality and feel a little like Kermit the Frog bopping around the city along to a chipper soundtrack, all the while aware of the possibility that at any given moment, someone could just drop the puppet strings, leaving you to collapse on the street and stop moving.

Ireland will forever be home, and I can already imagine the enormous weight of my shoulders as my feet step onto Irish soil and my lungs embrace air that is fresh, clean and free of subway smog. It will be all bustle and biz, Grafton Street teeming with last-minute shoppers and crowds bundling onto the Luas and Dart at rush hour, and I cannot wait to jump right back into it.

After a few weeks of stuffing myself with mince pies and squishing my little cat to death, I will undoubtedly be ready to return to the Big Apple and resume the madness. But as much as the Irish love New York, we can't forget that home is where the heart is.

And the pints, and the ham. 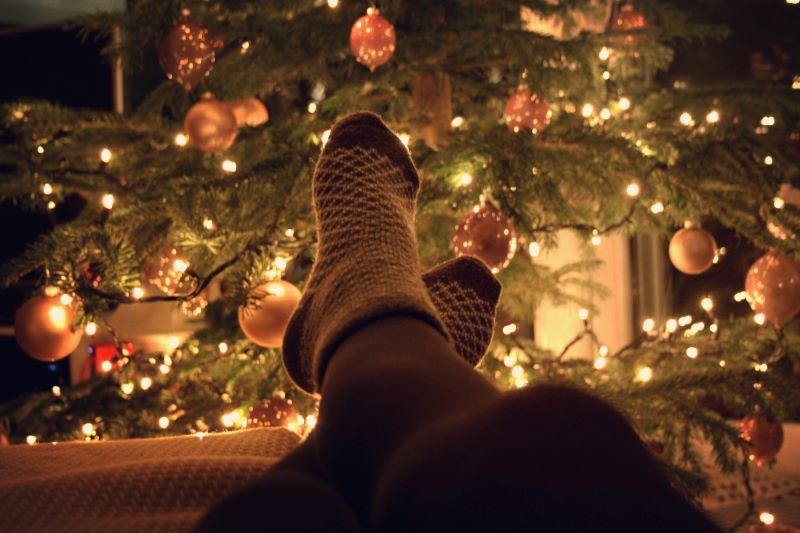 Nothing beats an Irish Christmas at home (Getty Images)

Where do you go to if you're going 'home for the holidays'? Tell us about your Christmas plans in the comments!