Ten truly Irish things to do in New York this Christmas

From plays and music performances, to Irish groceries and pubs, here are the top Irish things to do in New York at Christmas in 2022. 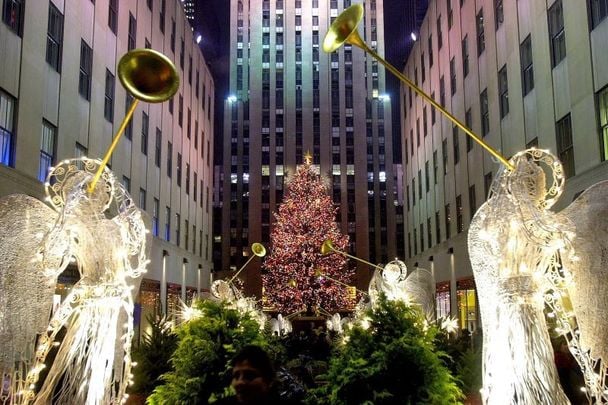 Get your Irish on this Christmas in New York City by checking out these unmissable events and locations.

Dylan Thomas wasn't Irish but the Rep's annual "A Child's Christmas in Wales" is a seasonal hit for a reason.

Using Thomas's famous story as a starting point, director and adapter Charlotte Moore has included some of the best-loved Christmas songs of all time in this show that's as cozy as a cable knit sweater. Here's where you'll find your festive spirit. Do not miss it.

New York's oldest Irish pub, McSorley's Old Ale House, was already in operation when Abraham Lincoln was giving an address at the nearby Cooper Union building. That's the kind of legacy you can feel when you enter the doors of this storied house that charts the rise and fall and rise again of the neighborhood that surrounds it.

Poets like e.e. cummings have set poems in the bar, and JFK and other Kennedy family members have caroused there.

To see it in winter though is to see it whole. Stop by whenever there's a snowfall and you'll be cheered by the light and warmth within. McSorley's is a stunner year around but visited during the holiday season, it's an unforgettable night. 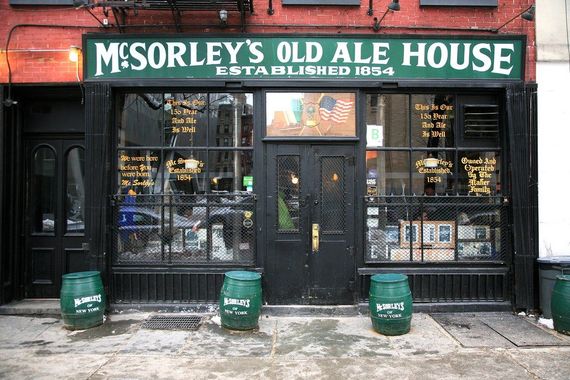 Practically every Irish product under the sun can be found at The Butcher Block in Sunnyside, Queens. From a box of Cadbury's Hero's, Mars Celebrations, to Lily O'Brien's Chocolate Collections and Butlers, to a humble Twirl, they've got you covered.

Festive heroes like Christmas crackers, Christmas cake, stuffing,d turkeys, gravy, and everything else you'll need to make a home-style Christmas abroad can all be found here and the place itself takes on a perceptible twinkle as the holiday approaches. 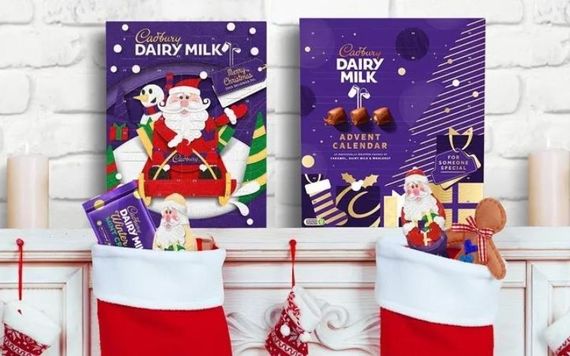 Sausage rolls, Jaffa Cakes, homemade Irish sausages and bacon, chicken pot pies, think of it and they'll likely stock it. This should be your first port of call to celebrate an Irish Christmas in New York City.

In Woodlawn, the Irish enclave in the Bronx, visit The Butcher's Fancy for the finest Irish goods, featuring authentic Irish sausages, bacon, boiling bacon, and more.

Everyone knows the famous St. Patrick's Cathedral on Fifth Avenue, it's been a crucial stop on the March 17 parade for a century, but it's also a place to light a candle for those we love and those we've lost at Christmas.

Believers and non-believers alike cannot fail to be impressed by the building and its long history. A mission statement of the Irish in New York and of the formidable Archbishop John Hughes, it stands like an ocean liner on the avenue, where the first response is awe. 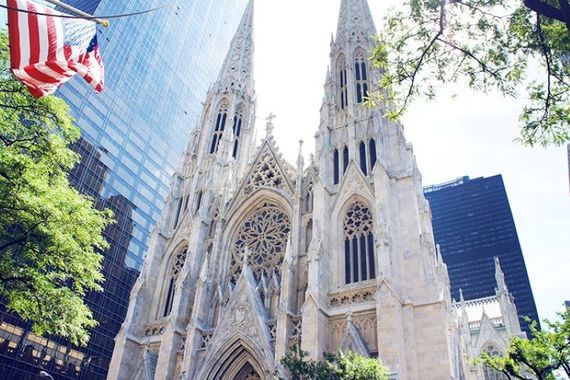 Old St. Patrick's, its forerunner on Mulberry Street, was once at the heart of New York. Once it was the center of the hardbitten and impoverished Irish community in the mid 19 century. It was the first cathedral church for the Diocese of New York (created in 1808 by Pope Pius VII), the second Catholic church in Manhattan, and the third Catholic church in all of New York State. You'll feel the presence of the ancestors the moment you enter and what could be more centering this holiday season?

Holiday cheer in abundance can be found at NYIC's annual holiday concert 'New York Croons for Christmas,' which will be staged as a fundraiser to support all the cultural and social-support programs of the center itself year-round.

Colm Reilly will deliver a cabaret-style performance with a who’s who of special guests on the night including singers Wendy Lane Bailey, Kathy Kaefer, singer-songwriter Jeanne MacDonald and the acclaimed guitarist Sean Harkness leading The Life of Reilly Band. It all adds up to a peerless holiday show that'll send you home singing. For tickets to the Friday, December 9 show visit NewYorkIrishCenter.org.

Meaning literally “The Poor Mouth” after an Irish expression that laments begging or associated tales of misfortune, this public house has a theatre attached and is a mainstay of the Irish community in the Bronx. Expect lively shows, great food, and great company, especially in the lead-up to Christmas.

Their holiday Pantomime is "Beauty and the Beast", fun for all the family, and it runs on Thursday, December 15 at 8 pm, Saturday, December 17 at 2 pm and 8 pm, and Sunday, December 18 at 2 pm. Visit their website for more details here. 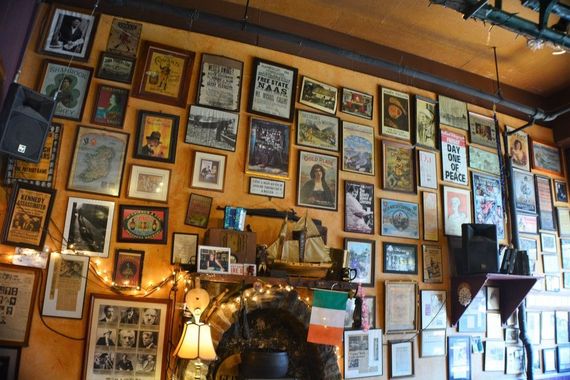 Every Wednesday, the NYIC invites the retired members of the Irish community into their Paddy Reilly Hall for guest speakers, tea and coffee, a full lunch, and a big warm social get-together.

It's a fantastic amenity for the wider Irish community and a reminder that the community itself is the heart of the Irish experience all year round, but perhaps, especially at Christmas. If you're retired and in need of some connection, this is the spot. 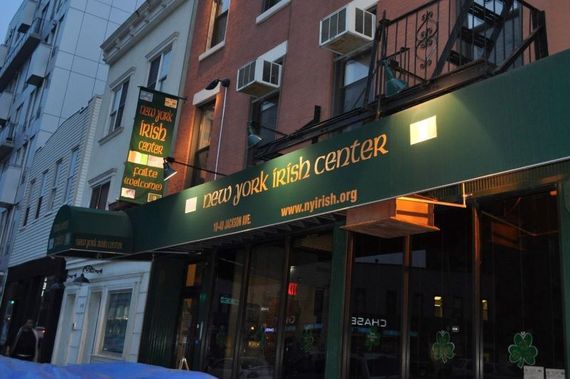 Named after the notorious 19th-century Irish street gang - you did not want to appear on their radar - this pub is one of the most gorgeous and atmospheric Irish bars in the world (seriously, it's award-winning).

This holiday season they invite you to a traditional Irish Christmas in Downtown Manhattan by introducing Jingle Jangle, a festive pop-up like no other that will run from November 29 - January 3. 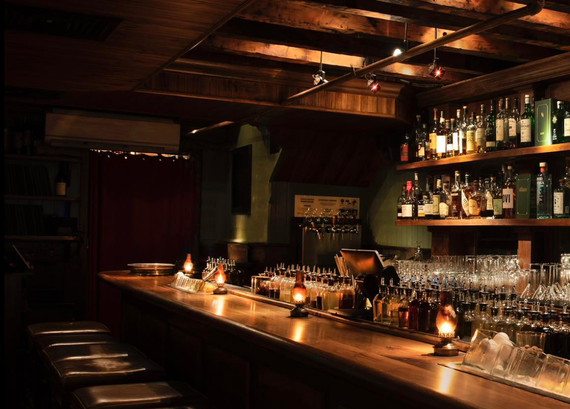 Cherish The Ladies - A Celtic Christmas

In their Celtic Christmas program, Cherish the Ladies (a traditional music ensemble) have put together a fun, holiday program for the entire family that showcases their signature sound on classic carols such as “O Come All Ye Faithful”, “The First Noel” and “Silent Night.”

Their arrangements highlight the group’s unique Celtic instrumentation, beautiful harmonies, and spectacular step dancing. What are you waiting for? Book here. 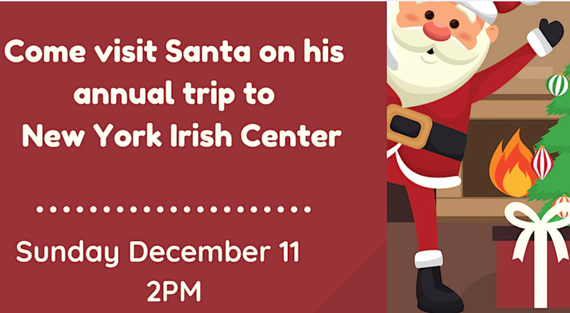 Santa comes to the New York Irish Center on December 11

What could be more Christmassy than a meeting with Santa in advance of the big night on December 25? The New York Irish Center will open its doors to welcome local children from across our diverse community, and throughout the Boroughs, for a chance to conference with Santa Claus ahead of the Big Day.

Santa is particularly fond of this opportunity, and he has told us he marks his calendar to be sure to return to the Center to meet our kids. Tea, coffee, and snacks will be on hand! And each child who walks through the door receives a free gift!

Mark your calendars for Sunday, December 11, from 1 pm – 3 pm. For tickets visit here.