A new year like no other in our pandemic, post-January 6 world

There is an argument that the pandemic and the January 6 insurrection are more game-changing than 9/11 would ever be. 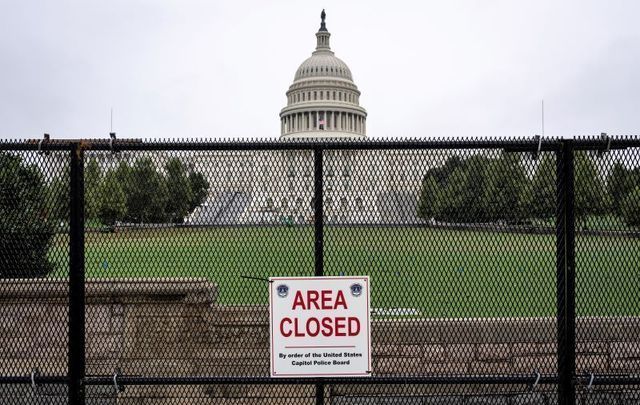 September 17, 2021: The US Capitol stands behind security fencing in Washington, DC. Getty

The new year dawns and we enter a wildly unpredictable future with a killer pandemic still on the loose and fundamental questions about the future of American democracy, as handed down by the founding fathers, being asked.

That is the legacy of 2021, one of the most profoundly unsettling years in modern history which changed the world completely.

We knew the day it happened that 9/11 would have that kind of earth-shattering impact that would change all our lives and it did, causing fruitless wars that cost tens of thousands of American lives in Afghanistan and Iraq.

The homeland no longer could be considered safe from attack. Civilians, men, women and children were suddenly legitimate targets. No one was safe.

On a personal note, remember how easy air travel used to be? Remember when people predicted the end of military actions after the west won the Cold War? All that got thrown out on September 12, 2001.

But there is an argument that the pandemic and the attempted hostile takeover of America’s most precious gift to the world, that of free and fair elections, are separately more game-changing than 9/11 would ever be.

The pandemic has revealed human vulnerability to the point where we are, only now, coming to grips with and understanding how Covid-19 works and spreads.

Our sense of invincibility, of being utterly in charge of our own destiny, especially here in America, has been stripped away. Who knows what bioterrorist group might be out there with full realization of just how effective bioweapons can be?

On the democracy front, the words of Benjamin Franklin ring uncomfortably true as Donald Trump’s effort to topple democracy moves more into view. Franklin was asked what kind of new government was chosen to replace monarchy.

“A republic if we can keep it,” he replied.

That statement always came across as a brilliant aphorism but with no modern-day relevance. Now, suddenly, it is the central issue of American political life. On January 6, 2021, there was a concerted attempt by rioters on the street, by shady men in secret hotel rooms, by a president who let the rioting unfold, to attack the very foundations of American life. It was aided and abetted by many Republican members of Congress who shamefully ignored their oath to the constitution.

What is emerging is that there was an attempted coup, stopped in the end by one brave vice president who refused to go along. If Mike Pence had, there would never be a free and fair election in America again. Sedition is still very much alive.

Were Trump to engineer a victory in 2024 by hook or by crook, he would bend every government agency from the Justice Department on down to his will and pursue a vicious vendetta against enemies perceived and actual. That is why the truth must be outed now, the truth as articulated by a handful of brave Republicans such as Liz Cheney who has very clearly stated that her party, as long as it remains in Trump’s hands, is a party of sedition, anti-democratic and bent on power at all costs.

One can only hope that Trump opponents will have the courage like Cheney to ignore the howling mob and see that justice is done. It may be the only way the Republican Party can come back to its senses, but Americans need to show that they want to continue as a republic and a democracy, the very notion that so many revolutionaries gave their lives for in the War of Independence.

*This editorial first appeared in the January 5 edition of the weekly Irish Voice newspaper, sister publication to IrishCentral.