Muslim leaders need to do much more to stop the terrorism

It is incumbent upon the communities that house such monsters to speak out forcefully against them. 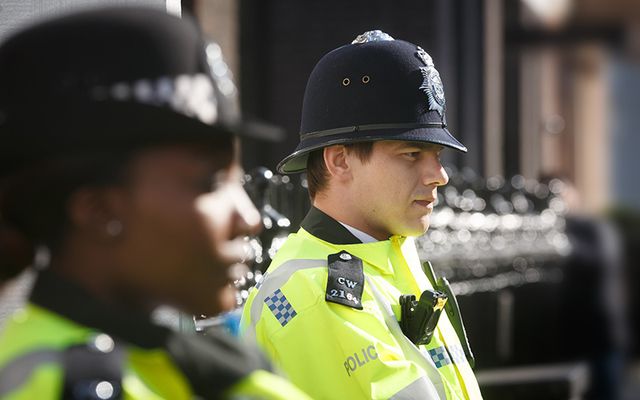 Manchester is famous for many wonderful things. Incredible soccer clubs like Manchester United and Manchester City, the first computer called the Manchester Baby in 1948, the great band Oasis, and a people who are known throughout Britain and Ireland as warm and affectionate.

Now, unfortunately, we must add to that one of the most cowardly terrorist incidents in modern history which has occurred in Manchester.  The deliberate targeting of young children and girls as they exited an Ariana Grande concert on Monday night marks a new low in modern terrorism, one which is cynical beyond belief and must be responded to.

The faces of the innocent families, and of those children who they lost, will haunt us well into the future. A wonderful night, harmless and innocuous, full of fandom and joy, ended in the most horrible crime imaginable.

The reaction has been amazing all across the world, with a strong view that a line has been crossed by the deliberate targeting of children.

Any terrorist attack is evil, but a concert w/ kids having a good time - that has to be a whole different level of evil. Sick. #manchester

The harsh reality is that a lone suicide bomber is almost impossible to stop.  The Manchester bombing now joins the Bataclan massacre in France and the 2016 Brussels bombings and many other such incidents which have made our modern reality so troubling.

How to deal with this beyond the expressions of sorrow, sadness and anger? It seems we are caught in a vortex of ever-increasing dimension: young, maladjusted men who become killers not just in the “normal” sense, but prepared to blow their bodies up and bring down innocent civilians, as many as they can, with them.

There will be the usual cries for revenge which are exactly what groups like ISIS want so they can foment new martyrs.

The reality is that it is just about impossible to stop these incidents.  But it still is incumbent upon the communities that house such monsters to speak out forcefully against them.

Muslim community leaders must do more and must be prepared to eject such sick actors as those who caused the Manchester killings.

It is not enough to say 'we condemn.' They must also become the first line of defense against such people. They must speak forcefully and report any suspicious activity. There appears to be a clear pattern: unemployed young Muslim men becoming increasingly radicalized and clear in their intent to hurt the community that nurtured them. These bombers appear to be mostly carbon copies of each other.

Chinese leader Mao Zedong stated once that “[t]he people are the sea the guerillas swim in.” That is exactly what applies with Muslim terrorists.  Their communities cannot allow such people to hide in their midst and carry out such dreadful acts.

The reason no IRA splinter group ever gained much momentum after the ceasefire of 1994 is that their own community rejected them. Similarly, Muslim communities must now expand their roles in policing the type of people who carry out such horrific attacks.

Without such support and inside knowledge, police departments are pretty much helpless to stop such atrocities.

Did someone in the Manchester community know the dead bomber? Did someone suspect he was an ISIS radical?

More chillingly, did some people help him to achieve his horrific goal?

These are tough questions, but they must be put to community leaders who speak fine words but rarely put themselves on the line in identifying potential killers.

Manchester is not a wake-up call. We have already been woken by numerous atrocities around the globe these past few years.

But the same reality intrudes. Donald Trump stands with the leaders of Saudi Arabia who sent forth 15 of the 20 9/11 hijackers. Did he raise terrorism with them?

As long as these people can hide in countries and communities there will never be an end to their poisonous extremism.

Only through community rejection of such warped ideas can progress be achieved in the war against terrorism. Terrorists only have to be lucky once, as they were on this occasion. But communities must be vigilant to ensure that they are identified in the future to prevent more massacres.