“People that were running past had blood running down their faces and… their clothes drenched in blood.” 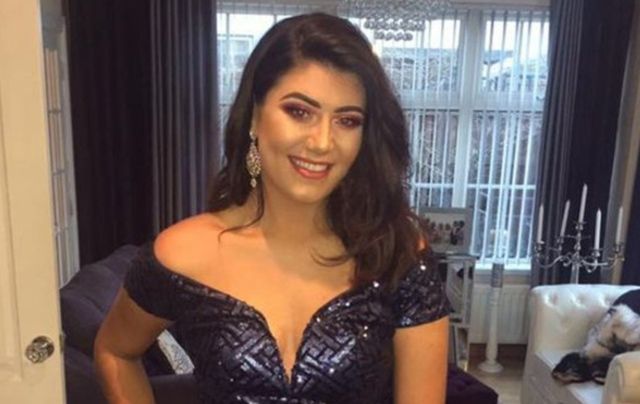 Niamh Wood's father spoke about his despair while his daughter was missing after the Manchester attacks. Niamh Woods / BBC

A father, from Derry, has described the “unbearable” experience he had on Monday evening waiting to hear from his 19-year-old daughter, who had been working at the Manchester Arena during Ariana Grande’s concert, when the Islamic State suicide bomber struck.

By Tuesday ISIS (Islamic State of Iraq and Syria) had claimed responsibility for the attack which killed 22 and injured at least 59 concert goers, among them children and teens.

Sean Woods, in Derry, spoke about his horrific wait to hear if his daughter, Niamh, was among the victims. Speaking to local BBC Radio Foyle he said, “I was bawling like a child," said Sean Woods.

"For the first time in my life I couldn't make any sense."

Speaking to Sean Woods from Co Derry whose daughter Niamh (19) was working in the bar at the Manchester Arena last night. Pic @BelfastLive pic.twitter.com/dVItYWP2VG

The bomb went off in the foyer of Manchester Arena, which has a capacity of 21,000, just as Ariana Grande left the stage. Dozens of parents are still searching for their children who had left home on Monday for a night of music.

DON'T STOP RETWEETING UNTIL THEY'RE ALL FOUND🙏🏼😭 #Manchester #PrayForMancester pic.twitter.com/bYdIUcP8Rg

Woods continued "[Staff] were in a locked room because they were doing the takings from the bar.

"This room had two double glass doors and when the explosion went off she said: 'Daddy, I never heard anything as loud in my whole life.'"

Niamh told her father than seconds after the explosion people were “frantically banging” on the door and trying to get away from the explosion.

"People that were running past had blood running down their faces and, she said, their clothes drenched in blood," her father told the BBC.

"Thank god she got in touch with us through her friend's phone on messenger and it was an unbelievable relief to hear her voice.

"I'm getting her a flight today. She's so badly shook up. We were up all night and we haven't slept.

Those who have been injured are now being treated in the hospitals around Manchester city. OF those injured, the Washington Post reports that a dozen were under 16 years old.

THESE KIDS ARE STILL MISSING. retweet and spread this until we find them. #DWTManchester #Manchester pic.twitter.com/uZPFhSJTCj

Woods added "My heart really truly goes out to every single person who has lost in that, because the prospect of losing your own daughter in it is quite something.

"I have never had that emotion in my life before and I never, ever, want to have it again.

The Greater Manchester Police have said in a statement that they arrested a 23-year-old man in south Manchester in connection with the attack.

“We believe at this stage the attack last night was conducted by one man,” Greater Manchester Police Chief Constable Ian Hopkins said at a televised news conference. “We believe the attacker was carrying an improvised explosive device, which he detonated, causing this atrocity.”

Andy Burnham, the mayor of Greater Manchester, called it an “evil act” but praised the “spirit of Manchester that will prevail and hold us together.”

Manchester is “grieving today, but we are strong,” he said.

It was the worst terrorist strike on British soil since 2005, when Islamist extremists bombed the London subway and a bus, killing 54 people.

The authorities have set up an emergency number for those concerned about friends and relatives on 0044 161 8569400.

Minutes ago, ISIS claimed responsibility for the bombing at Manchester Arena https://t.co/NuJ2RrIzZa pic.twitter.com/iCyvUEeqMz