The Business Summit on Ireland-U.S. Economic Relations in New York City in March will kick off with an opening night dinner on Wednesday, March 15 with guest speaker Mick Mulvaney. 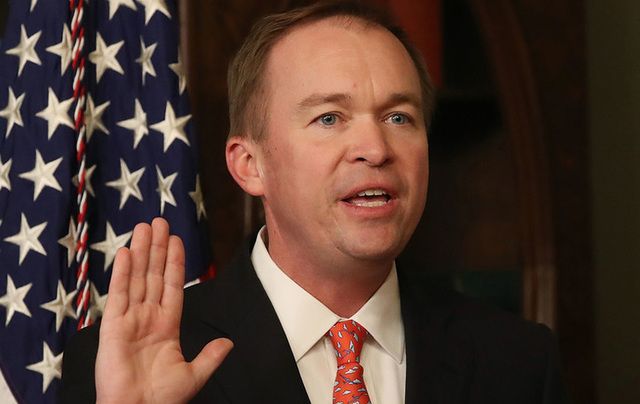 Mick Mulvaney, Director of the Office of Management and Budget (OMB).

The Business Summit on Ireland-U.S. Economic Relations in New York City in March will kick off with an opening night dinner on Wednesday, March 15 with guest speaker Mick Mulvaney, director of the Office of Management and Budget (OMB), one of the highest-ranking economic policy officials in the new Trump administration.

The event, will continue with a session on the morning of Thursday, March 16 featuring many other top-ranked speakers, and will conclude with the Ireland-U.S. Council’s regularly-scheduled St. Patrick’s lunch. The event will be held at the Metropolitan Club in New York City.

The event is being co-sponsored with the Ireland-U.S. Council by IBEC, Ireland’s leading business representative organization. The gathering of senior business executives and top management from enterprises on both sides of the Atlantic is structured with top speakers and participants in the hope that it will provide valuable insights to signpost the way forward in further building the impressive economic relations that have been built up between Ireland and the United States.

Mulvaney was elected to the House of Representatives in 2011 and was the first Republican since 1883 to represent South Carolina's 5th Congressional District where he served until his confirmation as OMB director in 2017.

Other confirmed speakers at the event include President Trump’s new Commerce Secretary Wilbur Ross, and Michael Martin, the leader of Fianna Fail in Ireland.

For information on the event, visit www.irelanduscouncil.com.