In the present political atmosphere, the contrast between what Republicans and Democrats believe is very similar to the different positions they held back in Lincoln’s time. 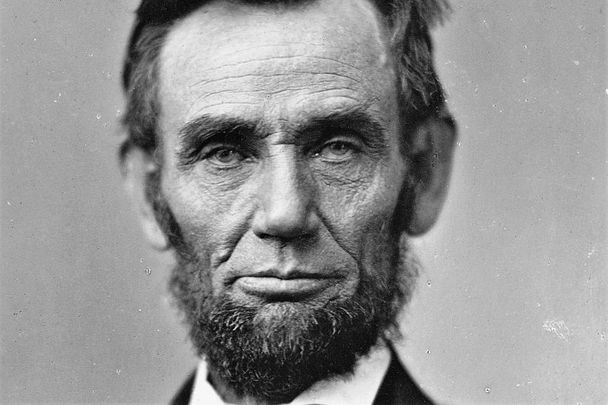 A house divided against itself cannot stand, Abraham Lincoln famously said during his 1858 debate against his Democratic Party opponent Stephen A. Douglas.

Lincoln’s point was clear – the year before, the US Supreme Court had ruled, in the awful Dred Scott decision, that slavery could be legal, including in the new territories.

Lincoln was pointing out that a country that supports slavery could not in fact ever be a free country.

Today, we face a divided nation again, one which is tearing itself apart over a different issue than what Lincoln encountered. Nonetheless, the fear of a country divided is again very real.

We look back to Lincoln at times like this, how he said the things that no one else would say. But the truth of the matter was that as long as slavery was tolerated, America could never truly be free.

In the present political atmosphere, the contrast between what Republicans and Democrats believe is very similar to the different positions they held back in Lincoln’s time.

As far as Donald Trump is concerned, democracy is unimportant. Power is the only thing that counts in his mind.

He has displayed this belief time and again, most especially by refusing to accept the results of a free and fair 2020 election which made his opponent Joe Biden president.

Trump’s failure to accept democracy is no less grievous than the Supreme Court’s decision back in 1857 to support slavery.

If Trump, God forbid, ever became president again, the country would be driven apart by a man who seeks only power, fame, and wealth, and could not care less for those who are most loyal to him.

The level of devotion to Trump was evident last week when the stunning news that he had taken top secret documents from the White House to Mar-a-Lago was made public.

If it were any other president who attempted such a maneuver, there is little doubt that public opinion would have turned against that person very quickly.

But somehow, out of thin air, Trump can conjure up fake facts, saying that what he did was not illegal. The FBI raid, he said, was yet another attempt by his enemies to bring him down.

That scandal had hardly hit the media when The New York Times reported that Trump supporters in key battleground states had removed parts of voting machines in the 2020 election, and had gathered considerable information from them.

The intent is clear – to rig the 2024 election by any means possible, and to reinstall Trump as president.

But the Republican house is divided. There is a militant group that thinks nothing of shooting at FBI local headquarters and demanding that the agency head be replaced.

Yet these are the very same people who present themselves as the guardians of law and order and who would take great offense if they were accused of being anti-police.

There are no limits to how low they will go which was revealed by Congresswoman Marjorie Taylor Greene when she circulated a paper entitled “Defund the FBI.” A demand that seems so contradictory, but somehow carries weight in these strange and uncertain times.

The country is divided in a way that seems to leave little room for rational political discourse. However, we have one great example to guide us.

At times of crisis, we must look to Lincoln, who was preceded by James Buchanan, the worst president in American history (before Trump), and succeeded by the then second worst in Andrew Johnson, who ended reconstruction.

For the four years that he governed, Lincoln set the country straight. Now again we see him pointing in the right direction, stating across the ages the immutable truth that America cannot stay divided without falling apart.

*This editorial first appeared in the August 17 edition of the weekly Irish Voice newspaper, sister publication to IrishCentral.