Why is Sean Lemass being celebrated in new Taoiseach's office while Michael Collins is shunted off to the wall opposite? 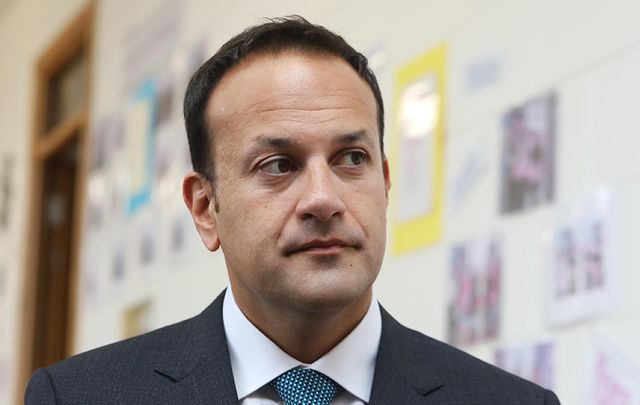 Dublin:  The portrait behind new Taoiseach Leo Varadkar's desk is not Michael Collins, as his predecessor Enda Kenny had.

Rather it is Sean Lemass, who was on the opposite side to Collins in the Irish Civil War and head of Fianna Fail, the primary rival to Varadkar's Fine Gael, back in the fifties and early sixties.

Lemass would have battled bitterly with Varadkar's predecessors who were the 1950s and 1960s leaders of Fine Gael.  So why is Lemass being celebrated while Collins is shunted off to the wall opposite?

Because Lemass represents the modernizing of Ireland, the move from maidens dancing at the crossroads and a closed economy, which was the vision of Eamon de Valera, to the modern multinational, hi-tech economy that Lemass propagated.

Varadkar is saying that the Lemass' idea of an outward, vibrant Ireland is how he sees the country in contrast to the much smaller visions.

Former Irish leader Sean Lemass, who served as Taoiseach from 1959 until 1966.

The choice of Lemass as his avatar tells you a lot about Varadkar and his desire to be a different kind of leader.

It is also smart politics, showing he is capable of moving beyond the Irish Civil War politics, which created both Fine Gael and Fianna Fail, and presenting himself as a 'third way' leader.

The Irish Civil War has been over for almost 100 years, but the animosities have not died. Just witness the failure of Fine Gael and Fianna Fail to form a coalition government after the last election which to most outsiders would have been the obvious choice.

But both parties knew that whichever was the minority party in the government would likely be handing the leadership of the country to the other party, perhaps for decades.

Varadkar seems to want to make the old political fault lines moot. He does not lack the credentials to do so. As a half-Indian, brown-skinned person, elected to the top job only 10 years after entering politics, he has already defied every stereotype of Irish politics.

Lemass is an inspiring figure to him. He battled the forces of reaction, those who wanted to close the Irish economy, enact tariffs on incoming goods and hunker down as a small isolated economy on the periphery of Europe. Lemass won that battle, and Ireland was transformed from that moment.

As Time magazine noted in 1963 in a very rare cover story on an Irish politician:

“Lemass is widely regarded as the father of modern Ireland, primarily due to his efforts in facilitating industrial growth, bringing foreign direct investment into the country, and forging permanent links between Ireland and the European community.”

Even on the British role in Ireland, Lemass let old enmities go. Like de Valera who fought in 1916, Lemass had also been a man violently opposed to the British and played his part in the Rising.

But he took a very different tack as the years passed and de Valera clung to a vision of old Ireland with Britain always as the villain.  Lemass wasted little time on the old enemy.

When Lemass finally became taoiseach his weapon to open the Irish economy was to establish the IDA, the Industrial Development Agency, with a brief to aggressively court foreign companies. They succeeded to the point where there are now IDA imitators in numerous countries.

So when you walk through Ireland’s different silicon alleys these days and see the Googles, the Apples, the Intels, etc., it all came about as a result of one man's vision.

Leo Varadkar clearly wishes to channel that Lemass vision and update it to the modern era.  He deserves to succeed.