O’Malley was a fixture at meetings hosted by the Irish Immigration Reform Movement (IIRM), in 1987 whose mantra was “legalize the Irish.” 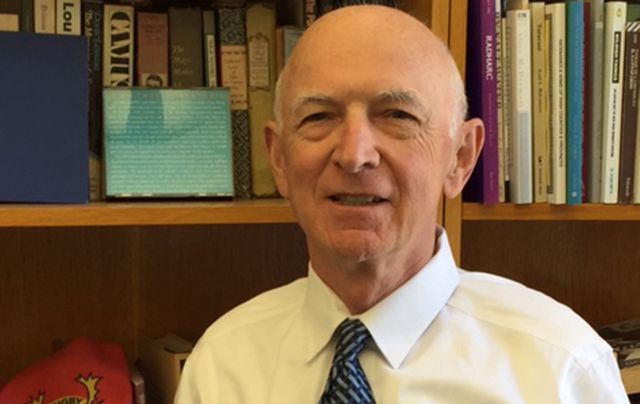 The year was 1987: thousands of Irish were in America, many of them undocumented but living fairly open lives as being out of status back then wasn’t the nearly impossible burden that it is today.

A large number of those Irish became legal thanks to the Donnelly and Morrison visa programs, and many made use of the services of a Limerick-born, New York-based immigration lawyer not long out of law school.

James O’Malley celebrated his 30th year in business last weekend, and his is a name that’s well familiar to the eighties and nineties Irish, and those who came after as well.  O’Malley was a fixture at meetings hosted by the Irish Immigration Reform Movement (IIRM), a grassroots organization formed in New York in 1987 whose mantra was “legalize the Irish.”

He attended the meetings to offer advice to the undocumented and help with the IIRM’s lobbying efforts which culminated in a huge victory in 1990 with the passage of the Morrison visa program and its 48,000 green cards exclusively for Irish use.  They were the best of times, O’Malley recalls.

Read more: Emigrants warned about downside of moving back to Ireland

“They were a great group of young, politically active Irish people, Sean Minihane and all the others who made the IIRM so successful,” O’Malley told the Irish Voice.

“I remember these young Irish people saying that they had to get involved in politics in order to help themselves, and that’s exactly what they did. I thought it was really great, and I wanted to be involved.”

O’Malley himself came to America in 1977 to study at Rutgers University in New Jersey.  His goal was to earn a master’s degree in American literature, studying his favorite writes such as William Faulkner and John Steinbeck, and then return to Europe to become a professor.

There wasn’t a huge amount of young Irish arrivals in New York in the seventies when O’Malley came.  The end of the 1965 Immigration Act which offered easy passage dented the numbers, but the Irish returned with a vengeance in the eighties when Ireland’s economy crashed and jobs were scarce.

The majority of them overstayed tourist visas but had little difficulty assimilating into the community.  Those were the days when driver’s licenses could be obtained, bank accounts could be opened and travel abroad, while not risk-free, was possible.

O’Malley decided to drop his dreams of becoming a literature professor and instead attend New York Law School, mostly because becoming qualified here was a much simpler process than in Ireland, and he thought environmental law would be interesting to practice.  Some of the new Irish arrivals he met asked him questions about things like visas and green cards, so he took immigration law classes at school.

He liked the courses so much that he worked for a while in his professor’s law office while studying for the New York bar exam.  After he passed, it wasn’t long before he hung his own shingle in downtown Manhattan, and 30 years later James A. O’Malley and Associates is still there.

Immigration law is pretty much all that he practices.  “It was kind of a natural fit,” O’Malley recalls.  “I liked the law a lot and young Irish would kind of gravitate towards me, asking questions and wanting help.”

His practice was busy, and sometimes complicated thanks to peculiarities in immigration law.  The Donnelly visas, for example, didn’t allow for Irish people born in the U.K. to claim Irish nationality – and citizens of the U.K. weren’t eligible to apply because of a high number of its citizens who immigrated legally here.

O’Malley remembers one case of an Irish client who was born prematurely in the U.K. while his parents were there on vacation. The person applied for a Donnelly green card but was initially denied by officials at the American Embassy in Dublin because of his place of birth.

“I had to draft a brief in that case that had to be forwarded to the State Department for review. It was a case that we won, but there were others like it too,” O’Malley recalls.

These days, the situation has changed drastically for the Irish undocumented and even those who want to come to the U.S. legally because of the limited options.  The aftermath of 9/11 made life as an undocumented resident difficult if not impossible, and today’s immigration focus is geared towards building walls instead of immigration reform.

“People think twice about coming to America now. There’s no going back and forth anymore.  Coming here requires much more planning and thought,” O’Malley says.

He still fields regular queries from Ireland about securing legal status here.  “Nobody wants to be illegal.  And there’s no blaming them for that,” he says.

“So when we get questions we explain the options. Maybe they can get a job offer here, or maybe they have money to open a business and get an investor visa. It certainly isn’t easy.”

O’Malley has processed more than 10,000 cases during his career, helping clients from more than 74 countries.  But his best memories center around the Irish.

“Being part of the community for that long, especially in the early days, is something that I’ll always cherish,” he says.

Read more: What you should know about applying for Irish citizenship