X-Men star was so taken the West Cork brother he thinks it'd be a good idea to portray them in a biopic. 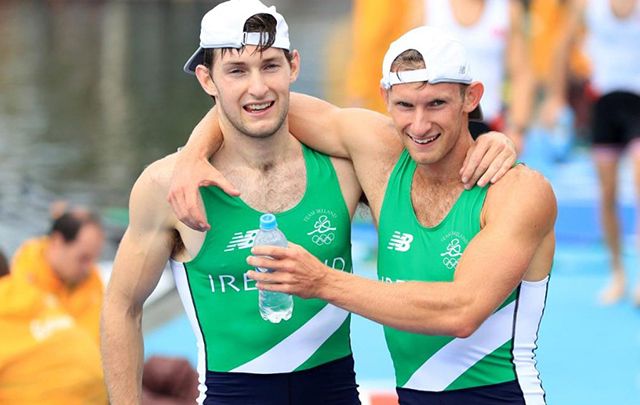 Remember one of last summer’s sensations, the adorable O’Donovan brothers from West Cork, who charmed the world with their media interviews (and silver medal-winning rowing performance) at last year’s Olympics in Rio?

Paul and Gary O’Donovan are still competing and still making media appearances, including a recent one on the U.K. chat show hosted by fellow Corkman Graham Norton.  Also booked on the same night were Scottish actor James McAvoy and Irishman Michael Fassbender.  McAvoy was so taken with the popular O’Donovan bros that he thinks it’d be a good idea for him and his fellow X-Men star Fassbender to portray them in a biopic.

"We've been looking to do something else together that has heart, has action, has suspense, has comedy. Has Olympic medals. It’s a no-brainer,” McAvoy, promoting his upcoming flick with Charlize Theron Atomic Blonde, told the U.K. Sun.

"I was just mesmerized by the O’Donovans. They sat on that couch and commanded focus.

"They were the funniest, coolest guys and just by being themselves, they sort of won over the world.

"And even though yes, they are much younger than us, that’s what make-up and CGI magic is for."

Fassbender, raised in Co. Kerry, already has the Irish accent.  Sounds like McAvoy’s come up with a pretty good idea!