The Olympic rowing stars are set to appear on the New Year special of the Graham Norton show. 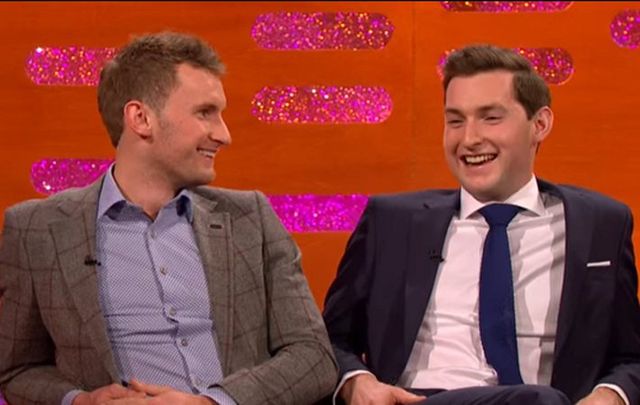 The brothers continue to charm audiences around the world. BBC / YouTube

Poor French actress Marion Cotillard was at a loss to make out the Cork accent when she appeared on a New Year special of the English TV chat show “The Graham Norton Show” alongside Irish rowing stars Gary and Paul O’Donovan.

After making waves at this year’s Olympics in Rio as a result of their hilarious interviews, the silver-medal winning brothers were invited onto the show by presenter and fellow Cork native Graham Norton and once again showed why they were so taken into the hearts of the world with their relaxed, easy-going and extremely Irish attitude toward the whole experience.

Gary and Paul owned the Rio Olympics, even being named by GQ magazine as one of the highlights of the controversy-marred Games. The brothers won many adoring fans worldwide with their natural and hilarious interviewing style, with many of their questions and answer sessions with sports journalists being dubbed as some of the most Irish things you will ever hear.

What with the more adult nature of the chat show when compared to the normal pre-watershed time that their sports interviews are normally aired at, the lads’ jokes were slightly more riské and Norton joked that Cotillard was probably best off not being able to understand.

The rowers were joined another Irish man on the couch, Co. Kerry actor Michael Fassbender who was on the show to promote his new movie Assassin’s Creed.

The O’Donovan’s were also the subject of an Irish documentary aired last night named “Pull like a Dog” which looked at their training in their local rowing club and how the pair had evolved from two young lads dying to get out onto the water into two of our country’s brightest sports stars.

During the documentary, the affable brothers revealed why their father no longer coaches them, looking back on tricks they used to play on him to wind him up when he was trying to get them to buckle down.

“When we were younger we didn’t really like the fact that our dad was there all the time with us in the rowing club,” said Gary.

“We were young and growing up and wanted to be away from our parents. We were hanging out with our friends. We found it difficult that our dad was there all the time."

“Dad put an awful lot of work into drilling a really good basic technique into us, getting the movement of the stroke right and doing it together,” he added.

“I think he realised the importance too, we were all very small compared to the lads we were racing and he knew we were not going to be as strong as them so if we were to beat the guys at the under-14 category or the under-15 category, we had to row better than them because we weren’t going to be able to beat them with strength.

“We asked him one day would he film us and we sat down and looked at it together on the TV and he said ‘look at you now and look at you before’.

“We could see we were improving and we could see for ourselves then what we were doing.

“But then, when we got more confident and a bit more cocky and arrogant about the whole thing, we thought we were the men and we didn’t have to listen to him.

“It would turn out that he would end up giving out to us – he would stand up to give out to us and when he would give out to us we would shake the boat and rock it from side to side to see if we could knock him out," laughed Gary.

And in case you missed it the first time around, here’s a reminder of how the silver-medal winning, rowing siblings became an online sensation with phrases such as “pull like a dog” and “podium pants.”