Young people are opting for jobs in fast food outlet McDonalds and Viagra makers Pfizer instead of applying for places in the Defence Forces. 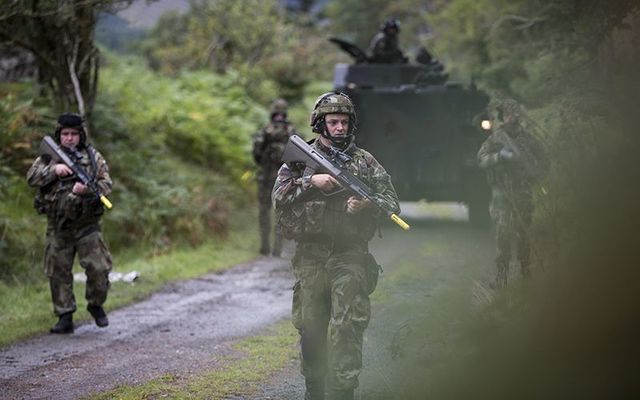 Members of the Irish Defense Forces in training. RollingNews

Young people are opting for jobs in fast food outlet McDonalds and Viagra makers Pfizer instead of applying for places in the Defence Forces.

He told the Evening Echo in Cork, near where Pfizer has its plant that makes Viagra, that there needs to be adequate pay for the work in the Defence Forces.

He said, “We are not looking for ridiculous amounts of money, but for new recruits. We are now competing with the likes of Pfizer and even McDonalds.”

Keane said the Defence Forces are short 500. Current employment figure is around 9,000 when it should be 9,500, with an additional 250 in training.

Keane also said that skilled members of the Defence Forces are forgoing large sums of money to serve their country.

There were a number of skilled troops within the Defence Forces who could obtain well-paid employment with companies in the private sector, with less stress, strain, and hardship. Morale was now an issue in the forces.

Keane said, “There is a growing level of frustration. The career was never financially rewarding but you joined because you liked it and you were into it.”

But with the falling numbers, members of the forces were required to pick up the slack with a resulting increased workload.

He added, “We have commitments to the government that we have to meet. There are cash escorts, air rescue, Portlaoise Prison, aid to civil power. Things like Storm Ophelia, Storm Emma, gorse fires — and we also have a commitment to having 650 troops overseas.”

He said improved pay and accommodation were major issues to resolve in the bid to attract new recruits.