Daniel O'Donnell has confirmed he will dramatically cut back on touring next year in a bid to "recharge the batteries.” 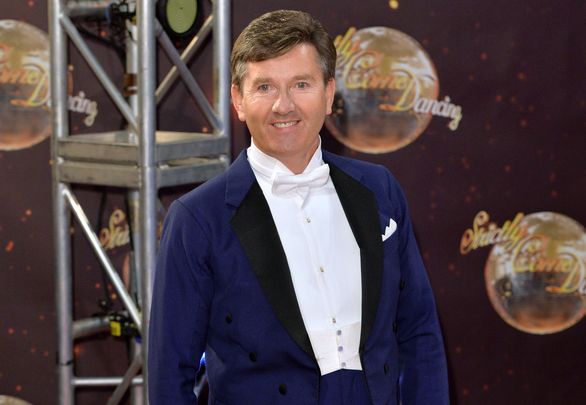 One of Ireland's biggest stars Daniel O'Donnell plans to recharge his batteries in 2020. Getty

Daniel O'Donnell has confirmed he will dramatically cut back on touring next year in a bid to "recharge the batteries.”

The 57-year-old crooner, who has just kicked off a grueling Irish and U.K. tour ahead of scheduled gigs in the U.S. in November, said he's looking forward to taking an extended break from the road next year.

The housewives' favorite has promised to fulfill outstanding performing commitments, including a number of appearances onboard a luxury Mexican cruise in February, where he is the star entertainer.

But he has pledged to slash the number of live shows in 2020 and has restricted his Irish touring schedule next year to just a handful of dates, namely, a four-day residency in Killarney in September and a couple of pre-Christmas concerts in Dublin.

However, the Donegal singer assured his fans he has no intention of retiring any time soon but instead is hoping to spend more quality time next year with wife Majella and the couple's wider family.

And in an interview with fan club magazine Daniel, he also revealed that further productions of his popular B&B Road Trip shows are in the pipeline, with separate series once again in both Ireland and the U.S.

He said, "Regarding TV work, there has been talk about us doing another American Road Trip following the success of the last one on RTE.  While there are still many i's to be dotted and t's to be crossed, it's a possibility, and maybe we'll also do another B&B Road Trip in Ireland at some time in the future too."

The entertainer, who's become a huge star in Sri Lanka in recent years, also revealed how he's still haunted by the Easter Sunday terror attacks in the capital Colombo which killed 253 people.

The country crooner, the most played artist on Sri Lanka's most popular radio station, Gold FM, played a sold-out gig in the island's capital just weeks before the atrocity.

But he insisted the terror attacks would not put him off returning to perform in the country where he is idolized more than anywhere else in the world.

Recalling the moment he heard about the horror that had been unleashed in Sri Lanka he said, "Tourists and local people were all caught up in what happened and my first reaction on hearing about the bombings was that I felt some of those people may been at our concert, or perhaps some of their families were."

He added, "It is shocking to see these things happening in the world, and it's even worse to see them happening in the name of religion. Like our own situation in Ireland for many years, it's terrible that religion would be used as a cause, when it should unite us and not divide.

"Looking back to The Troubles in Northern Ireland, in the past, some of the singers and bands stopped touring there for a while.  But then they decided to come back, and music should certainly be a uniting factor for people of all religions and none.  So hopefully we will be back in Sri Lanka someday."

Do you have a favorite song by Daniel O'Donnell? Would you like to see him live? Let us know in the comments section below.

Read more: The Pogues' James Fearnley is a “dog having his day” with The Walker Roaders