Irish refused to be “steamrolled” on Brexit backstop

Tanaiste and Foreign Affairs Minister Simon Coveney has pledged that Ireland will not be “steamrolled” into giving ground on the Irish border backstop. 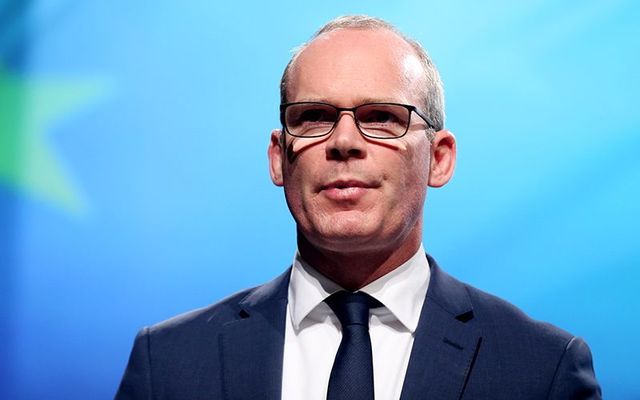 Tanaiste and Foreign Affairs Minister Simon Coveney has pledged that Ireland will not be “steamrolled” into giving ground on the Irish border backstop, one of the main British obstacles to an orderly Brexit which is now only 36 days away.

Coveney was speaking out as a vital UNESCO report predicted a return to violence with a hard border, and seven MPs quit Britain’s Labour Party, partly because of Jeremy Corbyn’s leadership over Brexit.

Ironically, Coveney said proposals put forward by Corbyn for a deal on Brexit would be welcomed by Brussels, The Irish Times reported.

But such proposals must come from London and could not be tabled by the EU, Coveney insisted.

He said it is “not Ireland’s fault” that London is unable to secure agreement in the House of Commons for the Brexit withdrawal deal agreed by Prime  Minister Theresa May last November.

But Ireland would not be “steamrolled” into giving ground on the border backstop, the insurance policy contained in the deal that guarantees an open border on the island of Ireland in all situations.

Coveney met British Foreign Minister Jeremy Hunt on the fringes of a foreign ministers’ summit in Brussels and restated the EU’s position that the withdrawal agreement would not be reopened.

After the meeting, Coveney again rejected any suggestion that the mechanism to ensure a free-flowing border could be altered. Coveney said the blame for the impasse lay not with Ireland, but with the U.K. Parliament.

He told RTE, “There is a deal on the table. The British government signed up to it. Jeremy Hunt was part of that government. They haven’t been able to sell that to their own Parliament.

“And I accept that has created a lot of uncertainty but it is certainly not Ireland’s fault.”

Meanwhile, seven MPs quit Britain’s Labour Party to form their own independent group. They said there was a combination of reasons, including Corbyn’s refusal to throw the party’s weight behind calls for a so-called People’s Vote on Brexit, and Labour’s failure to stamp out anti-Semitism.

On Tuesday the Irish Cabinet discussed a contingency action plan for a no-deal Brexit ahead of its publication on Friday.

In a separate development, research conducted by Senator Mark Daly in conjunction with two UNESCO chairmen claimed there would be a return to violence in Northern Ireland if there was a hard Irish border due to a no-deal Brexit or a rushed border poll.

Read more: UNESCO report warns of violence in Northern Ireland due to no deal Brexit

Daly said the report “highlights the responsibility of the U.K. government to stand by the backstop.”

The research was conducted by Daly in conjunction with UNESCO chairmen, professors Pat Dolan and Mark Brennan, with input from Michael Ortiz who served as the first U.S. diplomat on the issue of countering violent extremism in the State Department during the Obama administration.