Irish government ministers must try to avoid the use of expensive limos and keep down their hotel bills during St. Patrick’s Day visits overseas. 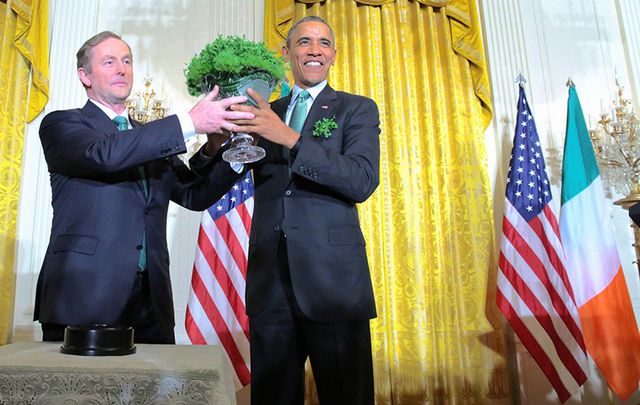 Irish government ministers must try to avoid the use of expensive limos and keep down their hotel bills during St. Patrick’s Day visits overseas.

At least one member of the Cabinet, Transport Minister Shane Ross, has opted to remain in Ireland for the St. Patrick’s celebrations.

Foreign Affairs Minister Charlie Flanagan has urged ministers traveling abroad to keep costs to a minimum.  He had sent a memo suggesting ministers stay with embassy staff when abroad.

If that is not possible, he urged them to choose reasonably priced accommodation while maximizing Ireland’s trade, tourism and investment interests and spreading a positive message about the country’s economy.

The memo, which has been seen by The Irish Times, also instructs that first-class flights cannot be used by ministers and the use of limousines is to be discouraged.

Those traveling to the U.S. will raise the issue of the 50,000 undocumented Irish, and will seek immigration reform.  They will also outline Ireland’s concerns about the consequences of the British exit from the European Union.

Ministers traveling to European countries will highlight Ireland’s attempts to seek support ahead of the negotiations on Brexit.

Flanagan’s memo adds, “St. Patrick’s Day 2017 will provide a particularly timely platform for Ireland in this regard given the U.K. government’s stated intention to invoke article 50 by the end of March this year.”