Cash-strapped Irish parents, whose children are preparing to celebrate their First Holy Communions, have been warned to be on their guard for door-to-door money lenders. 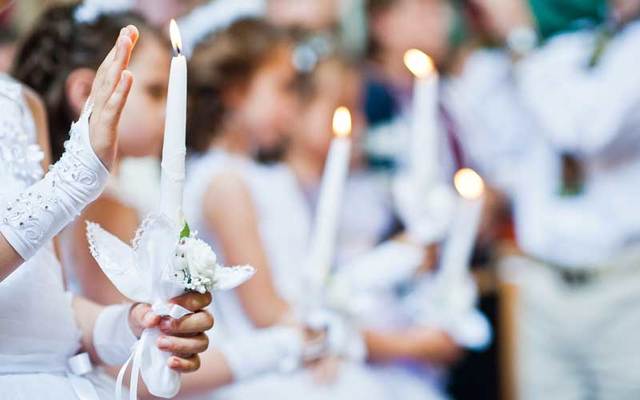 Cash-strapped Irish parents, whose children are preparing to celebrate their First Holy Communions, have been warned to be on their guard for door-to-door money lenders.

With Communion season fast approaching, spending watchdogs have told of their concern that money lenders are targeting low-income families who are already struggling to make ends meet.

In some extreme cases, more than one member of the same family is taking out hefty high-interest loans, which they have little chance of being able to repay.

Recent surveys have found that First Communion celebrations cost an average Irish family over $800 for the day, as parents feel obliged to splash out on expensive outfits, hair-dos and meals to mark the occasion.

But experts from the Money Advice and Budgeting Service (MABS) have urged hard-up parents, including those in mortgage arrears, to contact the firm to work out an affordable solution.

Michael Laffey, the spokesman for MABS, said,  "First Communions can leave a lot of families with debt problems.  Like Christmas, there is a lot of pressure on families to spend a lot of money on the celebrations.

"Money lenders know this, and many now operate door-to-door at this time, targeting low-income estates where families are more likely to be struggling with their finances.  I know of cases where several members of the same family may have taken out separate loans with the same money lender."

While householders have been urged to avoid illegal moneylenders at all costs, they have also been warned that even approved money lenders are charging interest on their loans as high as 287 percent – as opposed to credit union loans tailored for those on social income, which have a maximum APR of just 12.68 percent.

MABS has also been dealing with a sharp surge in householders since Christmas who have been struggling to pay their bills.

"There may be near full employment out there, but many people are facing huge problems and it causes huge stress for households. It's common for us to deal with clients who stop opening the letters they receive from the banks because they just don't want to read any more bad news.  And it's not unusual for one spouse to hide the reality of the financial problems from their partner."

He added, "We also know that there must be many more people out there who are struggling with their finances, who haven't looked for help. We would urge them to pick up the phone so we can work out a solution."