Irish doc has been performing abortions for years to save lives 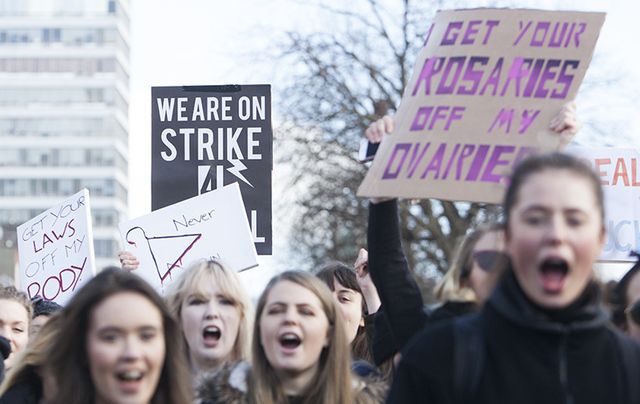 A leading child delivery doctor has revealed maternity hospitals across Ireland have conducted abortions for decades to save the lives of pregnant women.

Top obstetrician Professor Chris Fitzpatrick, who is a former master of Dublin’s Coombe Hospital, said he was part of a secret conspiracy.

Writing in The Irish Times this week, he said, “Like many, I have been part of a grand collusion that has existed between the general public, church and state for the provision of educational, healthcare and other essential public services, and, as such, bear my share of responsibility for the decisions that we have made – and the ones that we have avoided.”

He said pregnancy terminations to save the mother had been taking place in maternity hospitals across the state long before the Protection of Life During Pregnancy Act was passed in 2013.

He wrote, “Having worked as a consultant for over 20 years in Ireland, I have direct experience of terminating pregnancies in order to save the life of the mother. These interventions have taken place in Irish maternity units long before the recent legislation – in accordance with ethical clinical practice.”

Dealing with women requesting abortions for other reasons, Fitzpatrick wrote, “I like everyone else, have left it to the airlines, ferries and the U.K.’s NHS and private clinics to deal with this.”

He recalled trying to explain the reasons for this pathway to a compassionate British obstetrician who cared for Irish women traveling to the U.K. for pregnancy terminations.

“At the commencement of the 21st century, I believe the time has come to start unpicking the outmoded relationships that exist between church and state, between private and public morality – relationships that are no longer fit for purpose in a modern, secular, pluralist and compassionate European republic,” he wrote.

Fitzpatrick last week resigned from a project board planning the new national maternity hospital to be located at the St. Vincent’s campus in south Dublin. 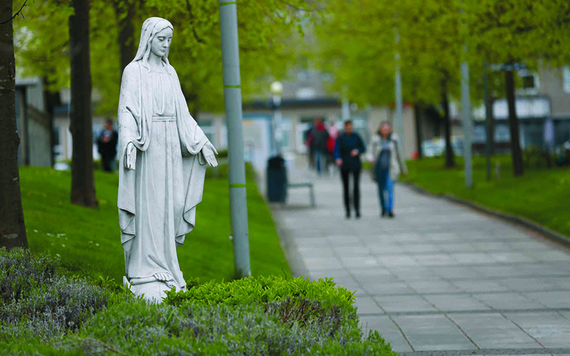 Statue of Virgin Mary at the entrance to St. Vincent's Hospital.

His resignation was in support of Dr. Peter Boylan’s stance against moving the National Maternity Hospital in Dublin’s Holles Street to the St. Vincent’s site which is owned by the Sisters of Charity.

Boylan, a former master at the Holles Street hospital, resigned from its board last Thursday. Although he favors a state of the art new national maternity hospital to replace the rundown Holles Street building, he questioned if the Sisters of Charity would allow certain procedures to be performed at the new hospital, such as abortion, sterilization, gender reassignment surgery and IVF.

Boylan has been supported by a massive public outcry against nuns being put in charge of a maternity hospital.

Now, Health Minister Simon Harris is taking a month to look at all prospects for ownership of the mew national maternity hospital.

Message to the TDs after the #CitizensAssembly is clear - no more delay! #repealthe8th
I attended protest outside #Dáil earlier. #dubw pic.twitter.com/rMIPXEv8zT