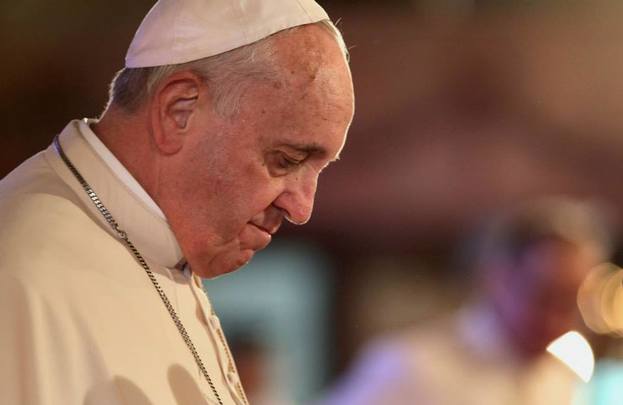 A "good man in the Vatican, Pope Francis".

The Catholic Church in Ireland is an endangered species if recent trends are to be believed.

The latest census numbers for the Republic of Ireland show that the percentage of Catholics dropped from approximately 78 percent to 72 percent.  Back in the 1950s and 60s more than 94 percent of people designated Catholicism as their religion.

Back then the church was all-powerful, even in the political realm, and a belt of the crozier kept any dissidents in line. That no longer works.

The people have discovered that priests are not gods but mortal men and, in far too many cases, sexual predators who used their position of power to abuse.

When you factor in that 12 percent of that 72 percent number is foreign-born Catholics, mostly Polish who have immigrated in large numbers to Ireland where they have assimilated well, it makes even chillier reading for religious men and women.

When you put this latest information together with the news that there are only seven students studying for the priesthood in the 2017 freshman class, it  makes sober reading for the bishops.

Only seven students studying for the priesthood at St. Patrick's College, in Maynooth.

The obvious question is that if you have no priests to serve the congregation, then how will Catholicism survive in the long run?

The issue is not the lack of a congregation, but a lack of priests to serve.

Sure there will be married deacons, but that will hardly be enough to stave off the lack of men taking ecclesiastical vows.

The bad news is that the average age of the current priests serving the community is 70, an astonishing number and one that points to a looming crisis sooner rather than later.

Sexual abuse in the Catholic Church

The obvious remedy is married priests, but does this good man in the Vatican, Pope Francis, have the gumption to face the reality?

The pedophile scandals are still playing out. Settlements are draining church coffers while many good priests, who should be above reproach, are now urged never to be alone with a child.  Parents are more suspicious than ever.

The celibate life is the chief stumbling block. There is nothing sacred about living alone, without wife or family, lacking a lifelong partner and children and for what?  Trying to oversee a flock who are likely suspicious of you.

Meanwhile, there were other bad news stories for the church in the latest figures.  The numbers who said they had no religion jumped to 10 percent from seven percent. There are now close to half a million who state they have no religion.

The clergy will be hoping that the planned August 2018 visit of Pope Francis to Ireland will be a powerful vehicle for a return to the old ways and an increase in devotion.

And yes, there will be an immediate fillip, but there was no long-term growth after the wildly popular Pope John Paul II visited in 1979 and galvanized a nation with literally millions flocking to see him.

Pope Francis will see a very different Ireland, far more secular and less tolerant of Church promises.  The sad fact for Catholicism is that the church has endeavored to bolt the stable door with a carrot and the horses have easily fled anyway.

Even a visit from the beloved Pope Francis may be unable to tempt the faithful back again.