Children of priests are coming out with their stories

Despite their vow of celibacy, a percentage of Catholic priests have fathered children. Their sons and daughters are beginning to speak out. 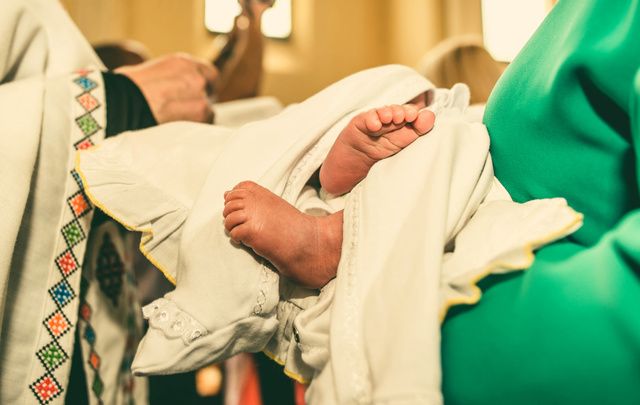 Despite their vow of celibacy, a percentage of Catholic priests have fathered children. Their sons and daughters are beginning to speak out. iStock

The children of Catholic priests are stepping out of the shadows.

What happens when a Catholic priest has a child? For many of those who discovered that their biological fathers were supposed to have been upholding a vow of celibacy, their stories have been kept in the shadows, even in recent years as scandals such as the Boston Globe Spotlight investigation revealed to what extent the church had covered up sexual abusers within their ranks.

The children of Catholic priests are beginning to emerge with their stories, however, with even sections within the Catholic Church appearing ready to bite the bullet and find a way to support the children their priests have essentially left fatherless.

In recent months, the Boston Globe has spoken to those who have come forward in the Boston area, who have learned, mainly as adults, that their father was a Catholic priest.

For Jim Graham, it wasn’t until 1993, then aged 48, that he sat down with an aunt and uncle to question why who he thought was his father had never seemed to like him. With both parents dead, they were the only people he could turn to in the hopes of an explanation for the way his father had treated him his whole life.

Unlike many other cases in which it's discovered that their father is a priest, Graham, in fact, felt a certain sense of relief when he was passed a photo of Rev. Thomas Sullivan and was told that he may be his real biological father. The similarities between the pair physically were instantly apparent but he could get no more information from his family than his name and the photo.

For Mary “Mimi” Bull, it wasn’t until she was aged 80, the Boston Globe reveals, that she discovered her biological father was a priest she had known when she was growing up. Thinking that she had been adopted and that the priest was simply a family friend who would often visit her parents, Bull appreciates now the efforts that were made by her parents to ensure that her biological father at least played a small role in her life.

“Whatever the church does, it cannot hide all us children in a dark chamber as it did along with its other secrets,” she tells the Globe.

“We are clearly crawling out of the dark places of the church.”

Graham and Bull may be just two among thousands of people who can claim a priest as their father. In the Boston area alone, the Globe has identified 19 people and with such a small percentage of the world’s Catholics residing in this area, there are potentially thousands of others across the world who are either unaware of their true parentage, are too scared or unwilling to speak out, or are being forced to keep their knowledge a secret, as with so many church scandals before.

There are more than 400,000 priests worldwide and with evidence that not all of them have completely abided by the vow of chastity, it even appears that there are some within the Catholic Church itself who are willing to accept the emotional and financial instability that some of these children may have grown up with as a result of the absence of their fathers.

While some people the Boston Globe identified such as Bull, who is married with three children, are successful and well-adjusted, others have spent years suffering from neglect as a result of the silence and lack of responsibility shown by the religious orders to their welfare.

In Boston, Cardinal Seán O’Malley has said little on the issue, despite being head of the Pontifical Commission for the Protection of Minors (established to advise the Pope on how to end and prevent clergy sexual abuse) but among the Catholic world at large, concrete action is being taken to the address it.

In a move that could surprise some, given the extent of the recent scandals within the Catholic Church in Ireland, it was here that bishops first voted earlier this year to ratify a set of principles for priests who father children.

Calling on any Catholic priest who has fathered a child to accept “personal, legal, moral and financial responsibility” for their offspring, the principles also require the child's mother to be included in all decisions on the child’s welfare.

“The fact that you have the Irish Catholic Bishops’ Conference approving a policy should speed this along fairly quickly,” said Rev. Gerard McGlone, the group’s associate director for the protection of minors.

“Most of the religious superiors I’ve spoken with say, ‘Yeah, this seems logical and absolutely reasonable to look at.’”

These Irish principles have, in turn, been forwarded to other Catholic organizations across the world, the worldwide umbrella group for the leaders of religious order priests emailing it to their 220 members.

Only the Vatican, however, can require that these principles be completely adhered to by bishops and priests around the world, meaning that even in Ireland, the principles can be seen more as suggestions than a definite ruling.