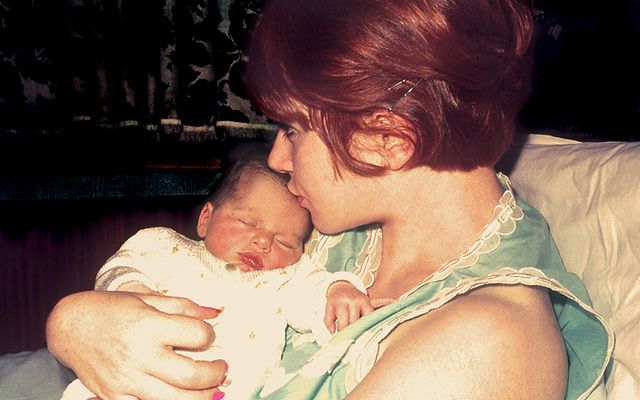 Numbers of adoptions, from Republic into the North, could be in the thousands as there were “four such homes”. iStock

Baptism records prove that hundreds of babies, possibly in the thousands, were sent to mother and baby homes in Northern Ireland, from the Republic, and forcibly put up for adoption.

The documents, seen by The Times, illustrate the magnitude of the cross-border movements of single mothers from the 1930s until the 1980s. They show the women’s names, on baptism records from a mother and babies home in County Armagh. The Times believes the numbers of adoptions such as these could be in the thousands as there were “four such homes”.

Now the Birth Mothers And Their Children for Justice Northern Ireland is calling for an All-Ireland body to reunited families across the border. Eunan Duffy who runs the group said the evidence from the records is “clear and stark”. He added that a body to investigate and shed light on these cases was necessary due to the complexity of finding family on both sides of the border and in other countries.

The orders, the Good Shepherd Sisters ran two homes, one on Ormeau Road, in Belfast, and one in Bessbrook, County Armagh. The Sisters of Nazareth also ran two homes in Belfast. These religious orders arranged for the women from the Republic of Ireland to leave to avoid shame being brought on their families.

Names of women from Dublin, Cork, Galway, Clare, Limerick, Kerry, Waterford, Kilkenny, and many other counties are recorded in baptism records from the late 1950s and 60s. Some even show the adoptive parents’ names and the baby’s new name.

On all records the father was listed as unknown – “Pater Ignotus”. According to the Times almost all mothers had a Northern Irish sponsor for the child’s baptism.

On others, a small number, the birth names appear to have been altered to hide the mother’s identity.

Some of the babies were adopted in England with new names. One child, in the early 1960s, is recorded with the last name “Glasgow”, with a sponsor of the same city, in Scotland.

Duffy (48), who runs the Birth Mothers And Their Children for Justice Northern Ireland, pointed out that many of the women who gave birth in these homes are now reaching the end of their lives.

He added this is “not sectarian, it’s a problem that affects thousands of people on both sides of the border.”

The Department of Children and Youth Affairs said it had “no response” to calls for an All-Ireland agency but the state had set up a commission in 2015 to look into the Republic of Ireland’s mother and baby homes.

A spokesman said “The commission will specifically examine the entry pathways of mothers and children into mother and baby homes, and the exit pathways upon their leaving these institutions.