One was a Republican from Brooklyn. The other a world-class liberal intellectual who launched a sexual revolution. 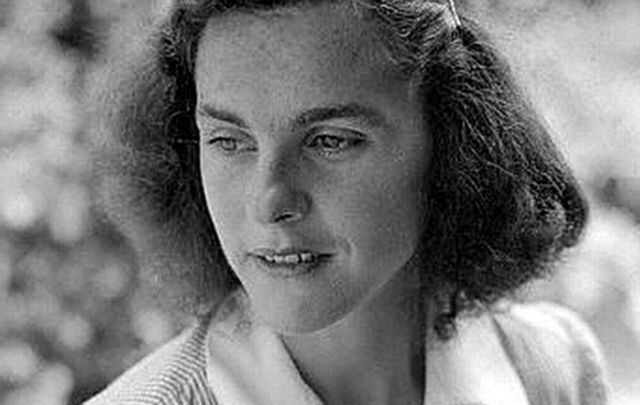 One was a Republican from Brooklyn.  The other a world-class liberal intellectual who launched a sexual revolution.  Each of them reflected something central about the Irish American experience.

For decades, O’Beirne was an influential figure in Republican circles, and star of the CNN program The Capital Gang.  She was also an occasional host of Crossfire.

O’Beirne was born at a time and when Irish Catholics were almost uniformly liberal Democrats.  However, O’Beirne has said her own conservative roots were planted by her father.

“Even though he was an Irish Catholic,” she once said, “he was always Republican in his sympathies because he was a small business man.”

Matt Walsh, Kate’s father, owned one of the last big-time jazz clubs in Manhattan, Jimmy Ryan’s on the West Side.  Named after Walsh’s own Irish American brother-in-law, Jimmy Ryan’s was open from the 1930s to the 1980s.

During that time, many Irish Catholics would follow the Walsh family from the Democratic Party of FDR to the Republican Party of Reagan.  In 1976, Walsh married fellow Irish American James O’Beirne, an Army officer who later worked for the Pentagon.

Kate O’Beirne was hardly what you would call a moderate conservative, as you might have guessed from the title of one of her books: Women Who Make the World Worse and How Their Radical Feminist Assault Is Ruining Our Schools, Families, Military and Sports.

Agree or disagree with her, those mourning O’Beirne remembered her fondly, with many at National Review magazine, where she was a central figure for years, recalling her Irish roots.

“She possessed a remarkable love of and dedication to her family, her quick Irish wit was legendary and envied, and her Catholicism was unyielding and an inspiration to many,” writer Michael G. Franc noted.

An Irish Catholic woman very much on the other side of the culture wars was novelist and writer Mary McCarthy.  The Library of America just released a two-volume boxed set of “The Complete Fiction of Mary McCarthy,” edited by Irish American Thomas Mallon.

Despite her deeply Hibernian name, McCarthy was, in some ways, not a typical Irish American.  She was born in Seattle, and lost her parents in the Spanish flu epidemic of 1918 when she was just six years old.  That was when she and her family (including Hollywood actor Kevin McCarthy) moved to Minnesota and were raised by abusive relatives, an experience McCarthy chronicled in her famous non-fiction book Memories of a Catholic Girlhood.

McCarthy would go on to become a famously fierce liberal intellectual, and her writings explore the world of tweedy writers and deep thinkers, quite a ways from the working class Irish American stories of, say, James T. Farrell or Pete Hamill.

Still, though she would reject Catholicism, McCarthy acknowledged that her Catholic school education played a central role in her intellectual coming of age.  And as Francis Kiernan notes in her biography Seeing Mary Plain, McCarthy won $25 dollars in a grade school essay contest.  Her subject?  “The Irish in American History.”

With the release of the Library of America boxed set, I decided to finally read what is easily McCarthy’s most famous novel: The Group.  What is shocking is how frank this book, published in the early 1960s, is in its depiction of sexuality.  Some even see The Group as a forerunner to the sexual revolution that came later in the 1960s.

It’s no accident Newsweek, on the 50th anniversary of The Group’s publication, called McCarthy’s book “the original Sex and the City.”  The author behind that book (and later TV series), Candace Bushnell, has even said she was inspired The Group.

The next time someone blathers on about how uptight the Irish are when it comes to sex, remind them about a Catholic girl and sexual revolutionary named Mary McCarthy.