Controversial deal to lure Amazon to open a new headquarters is being strongly resisted by a group of prominent Irish American City Council members. 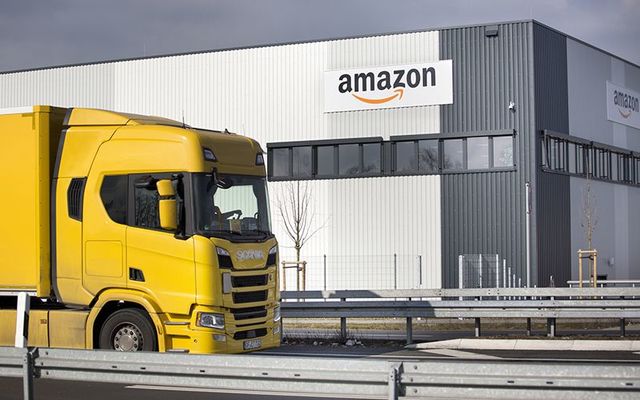 The controversial deal to lure Amazon to open a new headquarters in the heavily Irish borough of Queens, by offering the company over $3 billion in New York City and state tax incentives, was strongly resisted by a group of prominent Irish American City Council members who insist it's a bad deal.

The plan was to bring part of Amazon’s second headquarters to the rapidly expanding Long Island City neighborhood, along with an estimated 25,000 jobs, but who exactly those jobs will go to, how much they will pay and where will they live – to say nothing of the long delays and overcrowding on local subways as things currently stand – remained answered.

On Thursday, February 14, Amazon announced it had canceled its NYC plans after facing a fierce backlash from lawmakers and unions, Irish among them.

In an Irish Voice poll of local Irish businesses in the nearby areas of Sunnyside and Woodside, some local publicans insist that Amazon's arrival could quickly raise their property values, but others counter that the company's arrival will quickly raise their rents too. Many businesses worry that rents will quickly become unaffordable or unprofitable.

Read more: Time to break up big tech's monopoly, save capitalism from itself?

One council member who has been vocal in his growing reservations about the Amazon move is Councilman Jimmy Van Bramer, deputy leader of the 51 member council who represents Sunnyside, Woodside, and Long Island City.

“Why does the richest man in the world, who is worth $163 billion, need $3 billion from the city to open a center in Long Island City?” Van Bramer tells the Irish Voice.

“Why do we need to give someone that rich such a huge welcome when there are so many other ways to productively spend the money, when there are small businesses here struggling to pay their taxes and when there are people here living in poverty?”

Anyone wondering what Amazon's arrival will mean to the life of the city need only look to Seattle for a sobering example of how the company’s arrival played out there, Van Bramer insists.

“There's a track record here. Amazon came to Seattle, but those high paying jobs did not go to the local workers. If you look at their employment practices the jobs went to candidates who came from out of state who had the highest level degrees. I have no doubt that it will be the same here.”

Van Bramer's reservations were echoed by local Irish publicans in the Sunnyside and Woodside areas, the neighborhoods who will be first in line for the transformative change that the appearance of an Amazon headquarters would spell, and opinions are clearly hardening against the arrival.

In a measure of just how controversial the issue has become, many business owners gave the Irish Voice their views but not one was willing to go on the record.

“Right now there's no appetite for a neighborhood scrap,” said one Irish bar manager in Sunnyside, who said she worries that Amazon's arrival will raise her commercial rent.

“But I don't believe those big $150,000-a-year jobs will be going to people from Maspeth or Woodside or Sunnyside and they're fooling themselves if they believe it. More likely the local jobs on offer will be working in a big packaging facility nonstop for 18 bucks an hour without a break or union representation. How is that a good thing?”

Van Bramer takes special issue with Amazon's anti-union practices, which he says go against the longstanding working practices of the city.

“It's a David and Goliath situation where Amazon always uses its might to crush its workers from organizing. That's not the New York that I know. My Irish American mother and father struggled but they got ahead because they were union workers here. It's not a small matter. It's what raised us up on the ladder,” he says.

Van Bramer says he knows he is getting into an argument with some very powerful people who will push back with all that they have.

“I don't worry about it. I don't forget how my parents struggled, or what being in a union did for them, and it's not something I'm going to forget when I see Amazon wallpaper the neighborhood with flyers full of vague promises they don't back up,” he added.

What about last Friday’s report in The Washington Post (which, incidentally, Amazon founder Jeff Bezos owns) last week that Amazon is reportedly reconsidering the move after significant pushback from the City Council?

“It's a threat,” Van Bramer replies. “They are saying they will abandon their plans to raise the stakes. I actually think they desperately want to come here. I don't believe that they are reconsidering the move at all.”

Not all Irish business owners in Queens are resisting the Amazon move, so what does Van Bramer say to them? “People are entitled to believe what they wish but I would say that Amazon's track record and their anti-union reputation are not consistent with New York values.”

It's remarkable that so many of the council members who are the most vocal in their opposition to the Amazon move have Irish American heritage. What does Van Bramer think explains their particular unease with the proposal and the $3 billion tax giveaway?

“Corey Johnson, Danny Dromm and Danny O'Donnell all remember the lessons of coming from immigrant Irish families. I think they, like me, want to know exactly why the richest man in the world and one of the most successful companies in America work so hard to prevent their employees from attaining better working conditions and wages,” Van Bramer says.

One Irish publican in Sunnyside told the Irish Voice that people are looking at the job numbers without asking what kind of jobs they would actually be. They need to start asking, he said.

“I have friends in Seattle who will tell you the arrival of Amazon's big headquarters destroyed the city. They divided it east from west and made the center a nightmare to cross in a timely manner,” he added.

“Some Irish business owners here are seeing dollar signs, but the smarter ones are seeing that the pioneers are arriving – and realizing that they're the Native Americans. They better wake up.”