Planning documents show that multinational micro-chip producer Intel is prepared to spend up to €7 billion on a manufacturing facility proposed for its base near Leixlip in Co. Kildare. 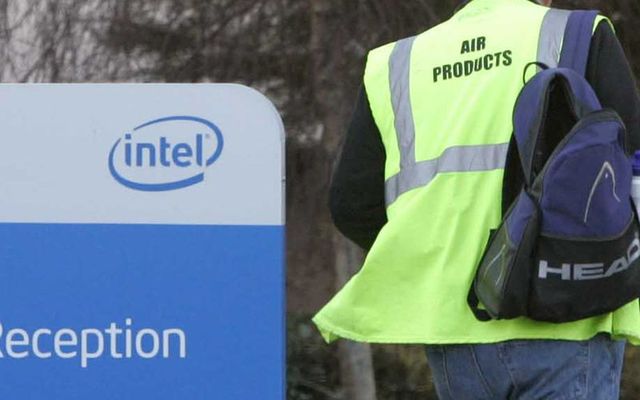 Planning documents show that multinational micro-chip producer Intel is prepared to spend up to €7 billion on a manufacturing facility proposed for its base near Leixlip in Co. Kildare.

Should the project go ahead 1,600 jobs would be added to the 4,500 already working at the Leixlip location.

The Irish Times reports that State officials are increasingly optimistic the company will select the Leixlip site for expansion in the largest corporate investment in the history of the State.

The paper notes that last December Intel signaled it was gearing up to expand its Irish operation, which often competes with the firm’s Israeli business for investment.

Details of the proposal became publicly available after being filed to Kildare County Council last week.

Read more: Samantha Barry, Irish editor of Glamour, on how being Irish helped her get ahead in her career

Intel submitted an application for a scheme which includes eight huge water tanks, a 48-meter tower, and a support building with generators and waste-water treatment facilities.

The detailed report submitted by Intel via Dublin company AOS Planning says the development would cost more than €3.5 billion. There would be up to 3,000 construction roles at the peak of building and about 800 full-time positions upon completion.

AOS told planners, “The proposed development will enable the Intel campus to accommodate manufacturing advances to allow for increased productivity to meet current and future [demand].”

The nearby R148 road would be widened to accommodate the extra traffic coming on to the site. The company says it would install 400 extra bicycle parking spaces, and build a multi-story car park.

A new shuttle bus service would be provided to take staff to the campus from the nearby towns of Celbridge, Leixlip, Maynooth, and Lucan.

Intel declined to comment to The Irish Times on the proposed project.

But Intel Ireland general manager Eamonn Sinnott said recently, “The site expansion is expected to entail multi-year construction activities that will be taken in stages. As always, these stages are subject to change based on business, economic and other factors.”